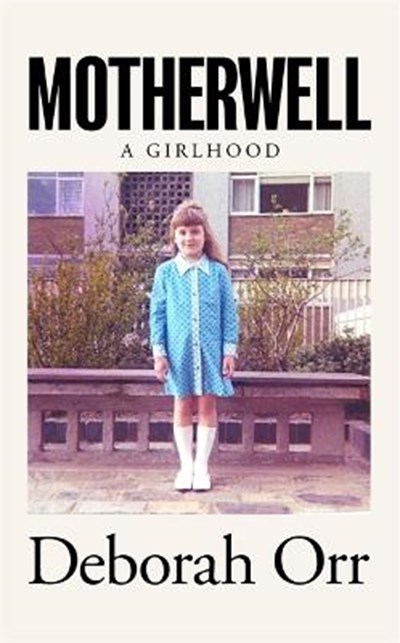 Publisher: Orion Publishing Co
ISBN: 9781474611459
Number of Pages: 304
Published: 23/01/2020
Width: 14.2 cm
Height: 22 cm
Description Author Information Reviews
*THE NO.3 SUNDAY TIMES BESTSELLER* 'Raw, compelling, wise and tender' Dolly Alderton 'Motherwell is razor-sharp, fearless and wonderful' Adam Kay 'Utterly candid and staggeringly good, both as the history of a woman and the history of a place' India Knight Just shy of 18, Deborah Orr left Motherwell - the town she both loved and hated - to go to university. It was a decision her mother railed against from the moment the idea was raised. Win had very little agency in the world, every choice was determined by the men in her life. And strangely, she wanted the same for her daughter. Attending university wasn't for the likes of the Orr family. Worse still, it would mean leaving Win behind - and Win wanted Deborah with her at all times, rather like she wanted her arm with her at all times. But while she managed to escape, Deborah's severing from her family was only superficial. She continued to travel back to Motherwell, fantasizing about the day that Win might come to accept her as good enough. Though of course it was never meant to be. MOTHERWELL is a sharp, candid and often humorous memoir about the long shadow that can be cast when the core relationship in your life compromises every effort you make to become an individual. It is about what we inherit - the good and the very bad - and how a deeper understanding of the place and people you have come from can bring you towards redemption.

DEBORAH ORR was an award-winning journalist, whose work regularly appeared in the Guardian, the Independent, the Sunday Times and in many magazines including Vogue, Grazia and Marie Claire. She was a contributing editor to Another Magazine and was the first female editor of the Guardian's Weekend Magazine at the age of thirty. Deborah was a co-creator of 'Enquirer', a play commissioned by the National Theatre of Scotland, performed in London, Glasgow and Belfast, broadcast by Radio 4 and shortlisted for new play of the year in the Critics' Awards for Theatre in Scotland.