Where the World Ends 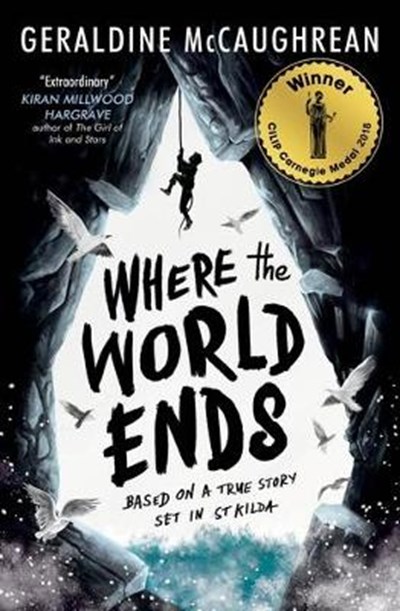 Where the World Ends

QTY
Add to Basket
Publisher: Usborne Publishing Ltd
ISBN: 9781474943437
Number of Pages: 336
Published: 08/02/2018
Width: 13 cm
Height: 19.8 cm
Description Author Information Reviews
Winner of the CILIP Carnegie Medal. Every summer Quill and his friends are put ashore on a remote sea stac to hunt birds. But this summer, no one arrives to take them home. Surely nothing but the end of the world can explain why they've been abandoned - cold, starving and clinging to life, in the grip of a murderous ocean. How will they survive? 'Brilliant, beautiful...as unpredictable as the sea itself' Philip Reeve, author of The Mortal Engines 'This is the best book I've read this year. Extraordinary' Kiran Millwood Hargrave, author of The Girl of Ink and Stars

Geraldine McCaughrean is one of today's most successful and highly regarded children's authors. She has won the CILIP Carnegie Medal twice: first in 1988 with A Pack of Lies and again in 2018 with Where the World Ends. She's won the IBW Book Award 2018, the Whitbread Children's Book Award three times, the Guardian Children's Fiction Prize, the Smarties Bronze Award four times, the prestigious U.S. Printz Award and the Blue Peter Book of the Year Award. Geraldine lives in Berkshire with her husband John and the lingering shades of all those characters she has invented in her books.