William Taylor and the Mapping of the Methodist Missionary Tradition

The World His Parish 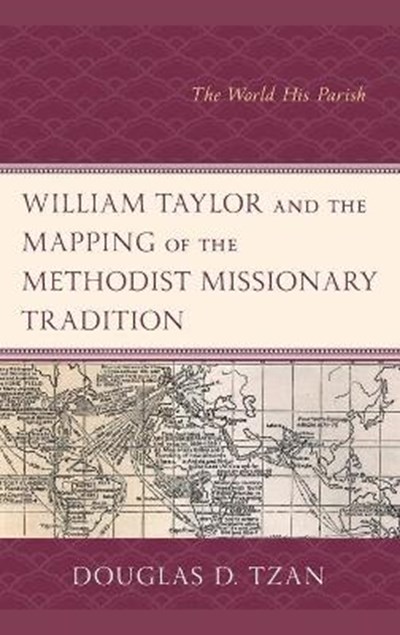 William Taylor and the Mapping of the Methodist Missionary Tradition

The World His Parish

eBook FAQ
Add to Basket
Publisher: Lexington Books
ISBN: 9781498559089
Number of Pages: 280
Published: 16/10/2019
Width: 15.9 cm
Height: 23.7 cm
Description Author Information Reviews
This book is the first critical biography of William Taylor, a nineteenth-century American missionary who worked on six continents. Following Taylor's global odyssey, the volume maps the contours of the Methodist missionary tradition and illumines key historical foundations of contemporary world Christianity. A work of social history that places a leading Methodist missionary in the foreground, this narrative illustrates distinctive aspects and tensions within Methodist missions such as the importance of doctrines like universal atonement and entire sanctification, a deeply pragmatic orientation rooted in God's providence, an embrace of both entrepreneurial initiatives and networked connection, and the use of revivalism for missionary outreach and leadership development. A Virginia native, Taylor became a Methodist preacher and missionary in California. This volume provides an important narrative account of Taylor's career as an itinerant revivalist and popular author, in which he toured the eastern United States, the British Isles, and Australasia. Taylor's participation in the South African revival made him an evangelical celebrity. The author also follows Taylor's important visits to India and South America, where he initiated new Methodist missions in those contexts and pioneered the concept of "tentmaking" missions. In 1884, Taylor was elected missionary bishop of Africa by his church. By the end of his life, Taylor had recruited or inspired hundreds of Methodists to become foreign missionaries.

Douglas D. Tzan is the director of the Doctor of Ministry and course of study programs and assistant professor of church history and mission at Wesley Theological Seminary. He is also an ordained elder in the Baltimore-Washington Annual Conference of the United Methodist Church and the senior pastor at the Sykesville Parish (St. Paul's and Gaither United Methodist Churches).