On Music, Sense, Affect and Voice 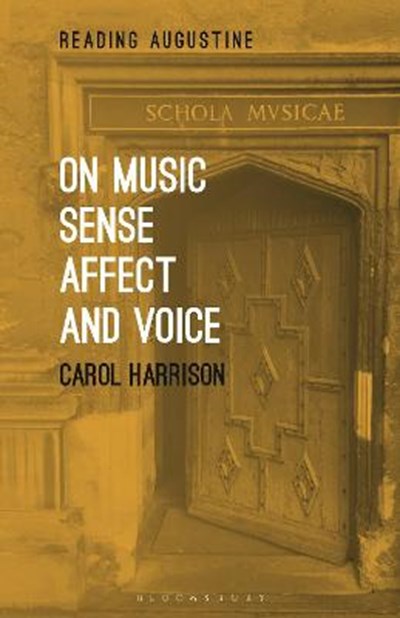 On Music, Sense, Affect and Voice

eBook FAQ
Add to Basket
Publisher: Bloomsbury Publishing Plc
ISBN: 9781501326257
Number of Pages: 160
Published: 13/06/2019
Width: 14 cm
Height: 21.6 cm
Description Author Information Reviews
This book explores early reflections on music and its effects on the mind and soul. Augustine is an obvious choice for such an analysis, as his De Musica is the only treatise on music by a Christian writer in the first five centuries AD; concerned not only with poetic metre and rhythm, but also with an ontology of music. Focusing on the six books of De Musica, the Confessions and the Homilies on the Psalms, Carol Harrison argues that Augustine establishes a psychology, ethics and aesthetics of musical perception, which considered together form an effective theology of music. For Augustine, music-both heard and performed- becomes the means by which we can sense and participate in divine grace. Composed by one of the world's foremost Augustine scholars, this book is a concise and powerful exploration of Augustine's writing and reflections on music and, by extension, the intimate relationship between music, religion, and philosophy.

Carol Harrison is Lady Margaret Professor of Divinity at Oxford University, UK. She is the author of The Art of Listening in the Early Church (2013), Rethinking the Development of Augustine's Early Theology: An Argument for Continuity (2006), Augustine: Christian Truth and Fractured Humanity (2000), and Revelation and Beauty in the Thought of Saint Augustine (1992). She is the Editor of the Routledge Early Church Fathers book series and is past President of the International Association of Patristic Studies.