A Novel About Saint Paul 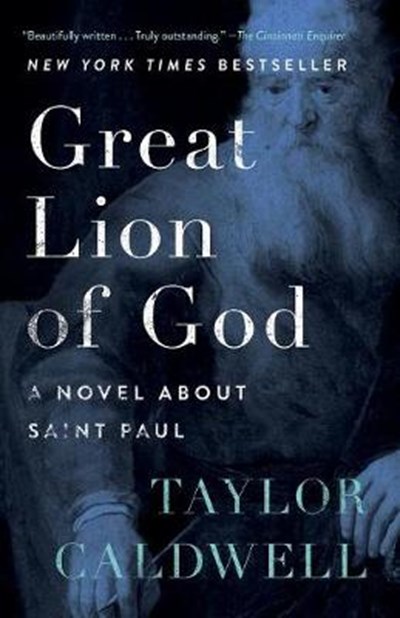 A Novel About Saint Paul

eBook FAQ
Add to Basket
Publisher: Open Road Media
ISBN: 9781504047784
Number of Pages: 654
Published: 26/09/2017
Width: 13.3 cm
Height: 20.3 cm
Description Author Information Reviews
New York Times Bestseller: A "beautifully written" and "truly outstanding" novel based on the life of Paul the Apostle (The Cincinnati Enquirer). Born a veritable great lion of God to a devout Jewish family, Saul of Tarsus is raised by his parents to embrace their love of humanity. Dogged by what he perceives as a lack of true faith, he embarks on a journey to save his people from sacrilege. But on the road to Damascus a vision of the resurrected Jesus changes the course of his life. Converting to Christianity, the newly christened Paul transforms from persecutor of blasphemers into apostle to the gentiles, becoming one of the supreme influences on the Catholic Church and the Western world. Great Lion of God paints a unique and very human portrait of Saint Paul, one of the most passionate, dauntless, and complex figures of early Christianity-Pharisee, lawyer, theologian, and above all, a "man like ourselves with our own despairs, doubts, anxieties and angers and intolerances, and 'lusts of the flesh.'" The central novel in author Taylor Caldwell's biblical trilogy, which also includes Dear and Glorious Physician and I, Judas, Great Lion of God is both "sheer entertainment" and a moving tribute to the majesty and power of the Christian faith (Fort Worth Star-Telegram).

Taylor Caldwell was one of the most prolific and widely read authors of the twentieth century. Born Janet Miriam Holland Taylor Caldwell in 1900 in Manchester, England, she moved with her family to Buffalo, New York, in 1907. She started writing stories when she was eight years old and completed her first novel when she was twelve. Married at age eighteen, Caldwell worked as a stenographer and court reporter to help support her family and took college courses at night, earning a bachelor of arts degree from the University of Buffalo in 1931. She adopted the pen name Taylor Caldwell because legendary editor Maxwell Perkins thought her debut novel, Dynasty of Death (1938), would be better received if readers assumed it were written by a man. In a career that spanned five decades, Caldwell published forty novels, many of which were New York Times bestsellers. Her best-known works include the historical sagas The Sound of Thunder (1957), Testimony of Two Men (1968), Captains and the Kings (1972), and Ceremony of the Innocent (1976), and the spiritually themed novels The Listener (1960) and No One Hears But Him (1966). Dear and Glorious Physician (1958), a portrayal of the life of St. Luke, and Great Lion of God (1970), about the life of St. Paul, are among the bestselling religious novels of all time. Caldwell's last novel, Answer as a Man (1981), hit the New York Times bestseller list before its official publication date. She died at her home in Greenwich, Connecticut, in 1985.