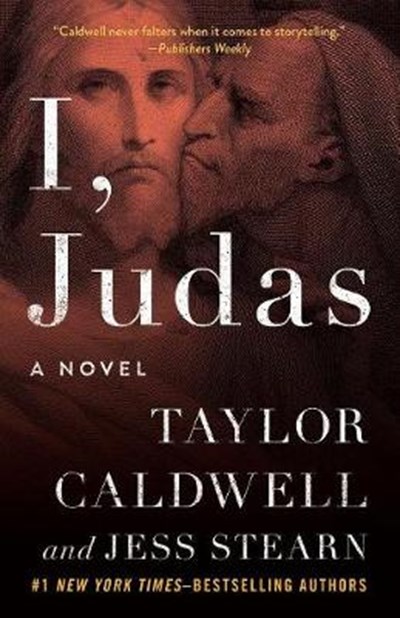 eBook FAQ
Add to Basket
Publisher: Open Road Media
ISBN: 9781504047791
Number of Pages: 336
Published: 26/09/2017
Width: 13.3 cm
Height: 20.3 cm
Description Author Information Reviews
From a #1 New York Times-bestselling author: The story of Judas Iscariot-and the stunning betrayal that changed the course of history. One of the great dramas of the biblical era is brought to thrilling new life in this epic novel told from the unique perspective of Judas Iscariot himself. This is the story of Judas the myth, condemned by Dante to the most terrifying circle of Hell; Judas the man, the son of wealth and power who fought to suppress the lusts of the flesh and the sin of pride to become one of the twelve original disciples of Jesus Christ; and Judas the apostle, victim of a diabolical lie, history's arch traitor, who sold his Lord for thirty pieces of silver, and sealed his fate with a kiss. From Judas's years as the young rebel of an affluent family undone by his own idealism to his victimization by Pontius Pilate to the crucifixion and Christ's resurrection, I, Judas "read[s] like a modern novel of intrigue and thrills" (Chattanooga Times). The final entry, following Dear and Glorious Physician and Great Lion of God, in a trilogy celebrating key historical figures of the Bible, it is one of the most powerful and revelatory works of religious fiction ever published.

Taylor Caldwell was one of the most prolific and widely read authors of the twentieth century. Born Janet Miriam Holland Taylor Caldwell in 1900 in Manchester, England, she moved with her family to Buffalo, New York, in 1907. She started writing stories when she was eight years old and completed her first novel when she was twelve. Married at age eighteen, Caldwell worked as a stenographer and court reporter to help support her family and took college courses at night, earning a bachelor of arts degree from the University of Buffalo in 1931. She adopted the pen name Taylor Caldwell because legendary editor Maxwell Perkins thought her debut novel, Dynasty of Death (1938), would be better received if readers assumed it were written by a man. In a career that spanned five decades, Caldwell published forty novels, many of which were New York Times bestsellers. Her best-known works include the historical sagas The Sound of Thunder (1957), Testimony of Two Men (1968), Captains and the Kings (1972), and Ceremony of the Innocent (1976), and the spiritually themed novels The Listener (1960) and No One Hears But Him (1966). Dear and Glorious Physician (1958), a portrayal of the life of St. Luke, and Great Lion of God (1970), about the life of St. Paul, are among the bestselling religious novels of all time. Caldwell's last novel, Answer as a Man (1981), hit the New York Times bestseller list before its official publication date. She died at her home in Greenwich, Connecticut, in 1985. Jess Stearn (1914-2002) was a pioneer in the nonfiction field, treating with frankness the once-taboo subjects of homosexuality (The Sixth Man), and drugs (The Seekers). His book on yoga (Yoga, Youth and Reincarnation) helped to start a vogue in this country. And his Door to the Future opened the possibility of psychic phenomena to a previously unconvinced public.