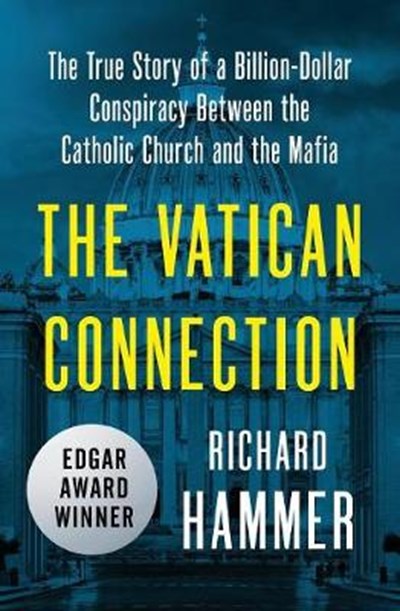 eBook FAQ
Add to Basket
Publisher: Open Road Media
ISBN: 9781504049382
Number of Pages: 380
Published: 06/02/2018
Width: 13.3 cm
Height: 20.3 cm
Description Author Information Reviews
Winner of the Edgar Award: The riveting account of an audacious fraud scheme that stretched from a Mafia hangout on the Lower East Side to the Vatican. With a round, open face and a penchant for tall tales, Matteo de Lorenzo resembled everyone's kindly uncle. But Uncle Marty, as he was known throughout the Genovese crime family, was one of the New York mob's top earners throughout the 1960s and '70s, the mastermind of a billion-dollar trade in stolen and counterfeit securities. In the spring of 1972, de Lorenzo and his shrewd and ruthless business partner, Vincent Rizzo, traveled to Europe to discuss a plan to launder millions of dollars worth of phony securities. Shockingly, the plot involved Archbishop Paul Marcinkus, the scandal-plagued president of the Vatican Bank. Unbeknownst to de Lorenzo and Rizzo, however, the NYPD was already on the case-thanks to the crusading work of Det. Joseph Coffey. Coffey, the legendary New York policeman who investigated the Lufthansa heist and took the Son of Sam's confession, first learned of the scheme in a wiretap related to the attempted mob takeover of the Playboy Club in Manhattan. From those unlikely beginnings, Detective Coffey worked tirelessly to trace the fraudulent stocks and bonds around the world and deep into the corridors of power in Washington, DC, and Rome. Meticulously researched and relentlessly gripping, The Vatican Connection is a true story of corruption and deceit, packed with "all the ingredients of a thriller" (San Francisco Chronicle).

Richard Hammer is the author of more than twenty fiction and nonfiction books, as well as numerous short stories, articles, and essays for major publications worldwide. He has won two Edgar Awards for Best Fact Crime, for The Vatican Connection (1982) and The CBS Murders (1987), and was a finalist for the Pulitzer Prize and the National Book Award for The Court-Martial of Lt. Calley (1971). Both the New York Times and the Washington Post named One Morning in the War (1970) and The Court-Martial of Lt. Calley one of the ten best books of the respective years in which they were published. Hammer's first book, Between Life and Death (1969), explored the case that led to the landmark Supreme Court decision in Brady v. Maryland and its repercussions. He wrote and narrated the Academy Award-winning documentary Interviews with My-Lai Veterans (1970), and has been involved in many TV films and motion pictures. Before becoming a full-time freelance writer, he wrote for the New York Times and its Week in Review section, where he covered the war in Vietnam, the civil rights struggle, and most other major stories of the times. A native of Hartford, Connecticut, Hammer attended Mount Hermon School, earned degrees from Syracuse University and Trinity College, and did postgraduate work at Columbia University. He and his wife currently reside in New York City.