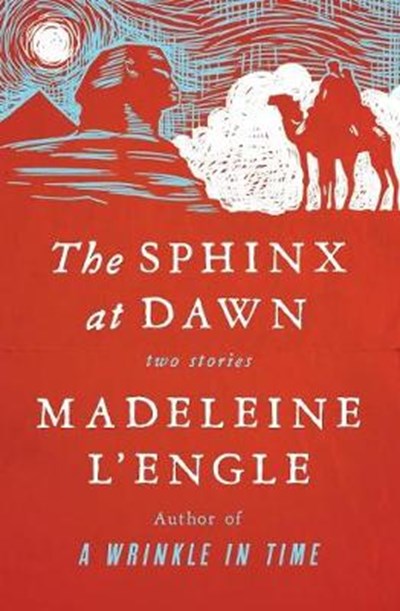 eBook FAQ
Add to Basket
Publisher: Open Road Media
ISBN: 9781504049436
Number of Pages: 58
Published: 15/05/2018
Width: 13.3 cm
Height: 20.3 cm
Description Author Information Reviews
The bestselling author of A Wrinkle in Time takes a fantastical look at the childhood of Jesus in two allegories set in an Egyptian village. In "Pakko's Camel," Yehoshuah, the poor son of a carpenter, befriends Pakko, the arrogant son of a rich merchant. Yehoshuah cares for of Pakko's camel and shares with him the knowledge of the precious gifts he received from three wise men. But when Yehoshuah's treasures are taken, he quickly learns that all gifts have a price. In "The Sphinx at Dawn," Yehoshuah and his camel journey into the desert, where they come across the monstrous, hungry Sphinx. Intrigued and unafraid, Yehoshuah endeavors to answer the Sphinx's riddles-and in doing so, he begins the real journey of a man with an incredible destiny. Known for both her literary accomplishments as a winner of the Newbery Medal and the National Book Award, and her spiritual outlook, Madeleine L'Engle presents two affecting and inspiring tales for readers of any age.

Madeleine L'Engle (1918-2007) was an American author of more than sixty books, including novels for children and adults, poetry, and religious meditations. Her best-known work, A Wrinkle in Time, one of the most beloved young adult books of the twentieth century and a Newbery Medal winner, has sold more than fourteen million copies since its publication in 1962. Her other novels include A Wind in the Door, A Swiftly Tilting Planet, and A Ring of Endless Light. Born in New York City, L'Engle graduated from Smith College and worked in theater, where she met her husband, actor Hugh Franklin. L'Engle documented her marriage and family life in the four-book autobiographical series, the Crosswicks Journals. She also served as librarian and writer-in-residence at the Cathedral Church of Saint John the Divine in Manhattan for more than thirty years.