How Sport Can Change Our Lives 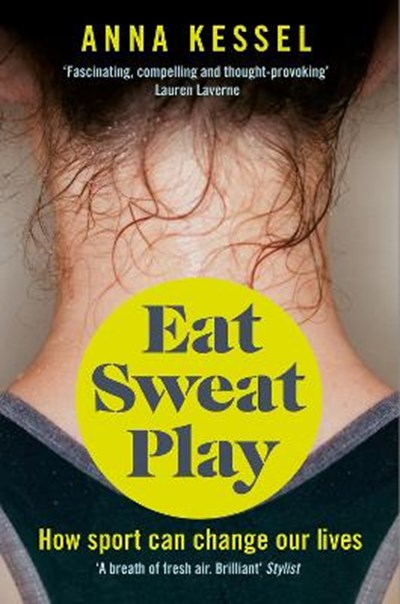 How Sport Can Change Our Lives

QTY
Add to Basket
Publisher: Pan Macmillan
ISBN: 9781509808106
Number of Pages: 288
Published: 13/07/2017
Width: 13.1 cm
Height: 19.7 cm
Description Author Information Reviews
Long-listed for the William Hill Sports Book of the Year Award. Sport's for everyone . . . isn't it? Society has led us to believe that women and sport don't mix. But why? What happens to the young girls who dare to climb trees and cartwheel across playgrounds? In her exploration of major taboos, from sex to the gender pay gap, sports journalist Anna Kessel discovers how sport and exercise should play an integral role in every sphere of our modern lives. Covering a fascinating range of women, from Sporty Spice to mums who box and breastfeed, Eat Sweat Play reveals how women are finally reclaiming sport, and by extension their own bodies, for themselves - and how you can too. 'Anna Kessel's book should inspire a whole generation of women. It ought to be on the school curriculum.' - Hadley Freeman 'I'd go as far to say that this book was a life changer for my health and fitness.' - Estee Lalonde

Anna Kessel is a sports journalist, acclaimed author and vocal campaigner on equality in sport. A rare example of a female journalist in her field, Anna published Eat Sweat Play: How Sport Can Change Your Life, a passionate polemic aimed at bringing sport to the female masses. A Guardian and Observer journalist since 2004, Anna has covered three Olympic Games, several World Cups, Euros and World Championships, and interviewed some of the biggest stars in global sport. Anna is also an experienced ghostwriter, working with a number of high profile sports stars, including an award winning football column. Co-founder and chair of Women in Football (WiF), an organization lobbying against sexism in the game and championing female role models, The Independent described her as a "fearless adversary of sexism" in their list of the 50 Most Influential Women in Sport. Anna regularly contributes to TV and radio. In 2016 Anna was awarded an MBE for services to journalism and women in sport. She is mother to two daughters.