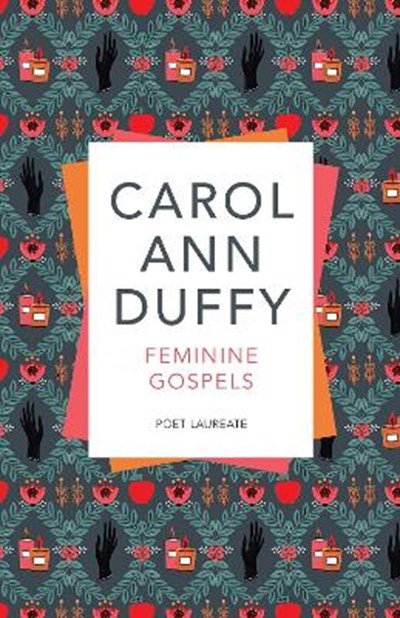 QTY
Add to Basket
Publisher: Pan Macmillan
ISBN: 9781509852918
Number of Pages: 80
Published: 13/07/2017
Width: 12.9 cm
Height: 19.6 cm
Description Author Information Reviews
In Feminine Gospels, Carol Ann Duffy draws on the historical, the archetypal, the biblical and the fantastical to create various visions - and revisions - of female identity. Simultaneously stripping women bare and revealing them in all their guises and disguises, these poems tell tall stories as though they were true confessions, and spin modern myths from real women seen in every aspect - as bodies and corpses, writers and workers, shoppers and slimmers, fairytale royals or girls-next-door. 'Part of Duffy's talent - besides her ear for ordinary eloquence, her gorgeous, powerful, throwaway lines, her subtlety - is her ventriloquism . . . From verbal nuances to mind-expanding imaginative leaps, her words seem freshly plucked from the minds of non-poets - that is, she makes it look easy' Charlotte Mendelson, Observer

Carol Ann Duffy lives in Manchester, where she is Professor and Creative Director of the Writing School at Manchester Metropolitan University. She has written for both children and adults, and her poetry has received many awards, including the Signal Prize for Children's Verse, the Whitbread, Forward and T. S. Eliot Prizes, and the Lannan and E. M. Forster Prize in America. She was appointed Poet Laureate of the United Kingdom in 2009. In 2011 The Bees won the Costa Poetry Award, and in 2012 she won the PEN Pinter Prize. She was made a DBE in the 2015 New Year Honours list.