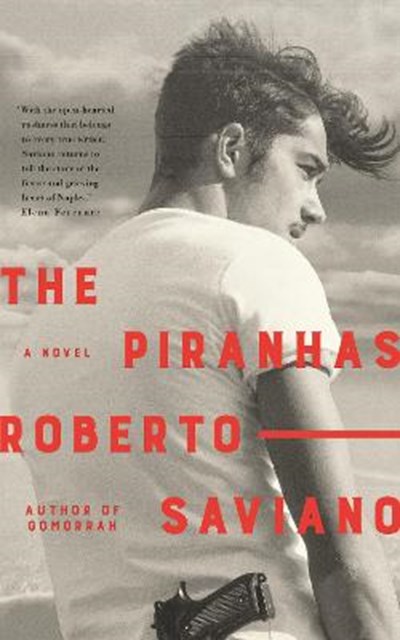 QTY
Add to Basket
Publisher: Pan Macmillan
ISBN: 9781509879212
Number of Pages: 368
Published: 20/09/2018
Width: 14.6 cm
Height: 22.3 cm
Description Author Information Reviews
'With the open-hearted rashness that belongs to every true writer, Saviano returns to tell the story of the fierce and grieving heart of Naples.' Elena Ferrante In Naples, a new kind of gang rules the streets: the 'Paranze', the 'Children's Gangs', groups of teenage boys who divide their time between Facebook or playing Call of Duty on their PlayStations and patrolling the streets armed with pistols and AK-47s, terrorizing local residents in order to mark out the territories of their Mafia bosses. Roberto Saviano's eye-opening novel The Piranhas tells the story of the rise of one such gang and its leader, Nicolas - known to his friends and enemies as the 'Maharajah'. But Nicolas's ambitions reach far beyond doing other men's bidding: he wants to be the one giving orders, calling the shots, and ruling the city. But the violence he is accustomed to wielding and witnessing soon spirals out of his control . . .

Roberto Saviano was born in 1979 and studied philosophy at the University of Naples. Gomorrah, his first book, has won many awards, including the prestigious 2006 Viareggio Literary Award, and was adapted into a play, a film, and a television series.