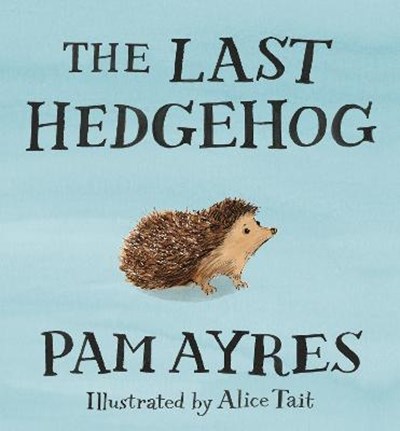 QTY
Add to Basket
Publisher: Pan Macmillan
ISBN: 9781509881260
Number of Pages: 48
Published: 03/05/2018
Width: 13 cm
Height: 13.8 cm
Description Author Information Reviews
'A national treasure' Daily Express To mark and celebrate National Hedgehog Awareness Week, Pam Ayres has written a less-than-fond farewell from perspective of the 'last hedgehog left on earth' - a delightful, hilarious and thought-provoking elegy to that most beloved inhabitant of the British countryside, the common hedgehog. Pam Ayres' spiky and wonderful creation reminds us that unless we take steps to prevent it, they will soon be far from 'common' indeed: beautifully illustrated by Alice Tait, the poem The Hedgehog sees our hero tell of all the terrible ends his family come to at our own hands - and exactly what we can still do to keep them alive, and see them thrive once more. 'The Last Hedgehog is a little book, but it's an important book and it's a profound book' Graham Norton

Pam Ayres has been a regular on television and radio since winning the talent show Opportunity Knocks in 1975 - on Just a Minute, The Comedy Quiz, Countdown and her own series, Ayres on the Air. She has authored many volumes of beloved and humours poems, which include 'Oh, I Wish I'd Looked After Me Teeth' voted into the top ten of a BBC poll to find the Nation's 100 Favourite Comic Poems. She performs her solo stage show throughout Britain and around the world and has a huge fan base in the UK, Australia and New Zealand. Pam is one of Britain's best-loved personalities and was awarded the MBE in 2004.