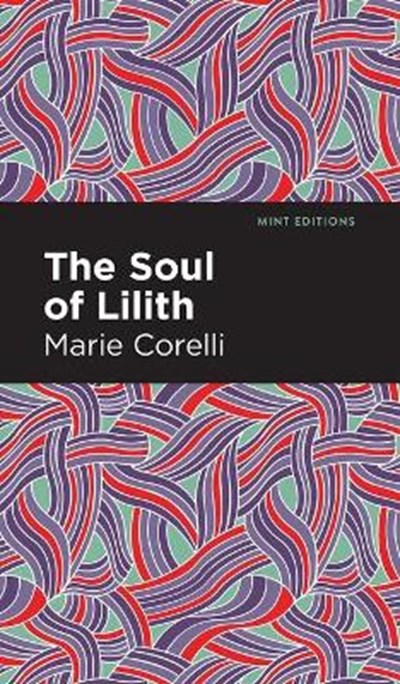 Publisher: Graphic Arts Books
ISBN: 9781513205281
Number of Pages: 366
Published: 10/08/2021
Width: 12.7 cm
Height: 20.3 cm
Description Author Information Reviews
The Soul of Lilith (1892) is a novel by Marie Corelli. Published at the height of Corelli's career as one of the most successful writers of her generation, The Soul of Lilith combines science fiction, spirituality, and romance to tell a cautionary tale of the limits of knowledge and faith. Due for reassessment by a modern audience, Marie Corelli's work-which has inspired several adaptations for film and theater-is a must read for fans of early science fiction. "'Fools-fools all!' he murmured. 'Thieves steal, murderers slay laborers toil, and men and women lust and live and die-to what purpose? For what progress? For what end?'" Having recently arrived in London, scientist El-Rami Zaranos is disillusioned with the vision of progress presented by the people of the supposed greatest city in the world. To settle his restless mind, he devotes himself to his most daring experiment yet: the preservation of the body of a dead woman, enabling him to communicate with her soul. Despite his success, he struggles with the judgement of those who condemn his work, as well as with the ultimate goal of his project. When a Cypriot monk arrives to assess his work, he tells El-Rami that love will one day free the soul he has captured, that his experiments run counter to the will of God. Nevertheless, the scientist remains focused on completing his life's work, whatever the cost. Addressing philosophical, scientific, and religious themes, The Soul of Lilith is a moving work of fiction which asks important questions about an emerging modern world. With a beautifully designed cover and professionally typeset manuscript, this edition of Marie Corelli's The Soul of Lilith is a classic work of English science fiction reimagined for modern readers.

Marie Corelli (1855-1924) was an English novelist. Born Mary Mackay in London, she was sent to a Parisian convent to be educated in 1866. Returning to England in 1870, Corelli worked as a pianist and began her literary career with the novel A Romance of Two Worlds (1886). A favorite writer of Winston Churchill and the British Royal Family, Corelli was the most popular author of her generation. Known for her interest in mysticism and the occult, she earned a reputation through works of fantasy, Gothic, and science fiction. From 1901 to 1924, she lived in Stratford-upon-Avon, where she continued to write novels, short story collections, and works of non-fiction. Corelli, whose works have been regularly adapted for film and the theater, was largely rejected by the male-dominated literary establishment of her time. Despite this, she is remembered today as a pioneering author who wrote for the public, not for the critics who sought to deny her talent.