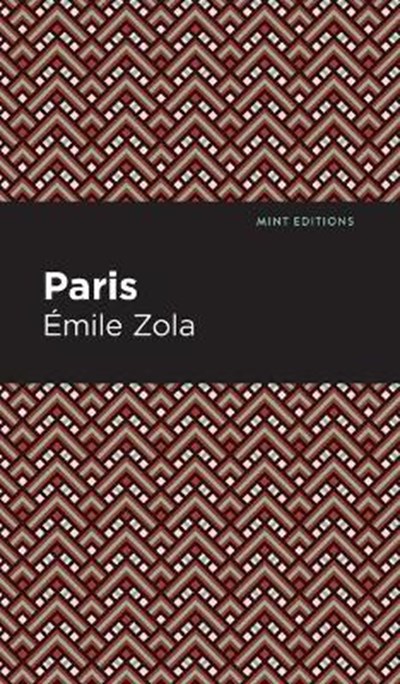 Publisher: Graphic Arts Books
ISBN: 9781513205946
Number of Pages: 482
Published: 10/08/2021
Width: 12.7 cm
Height: 20.3 cm
Description Author Information Reviews
Paris (1898) is a novel by French author Emile Zola. Paris is the final installment in Zola's celebrated Three Cities Trilogy. Published toward the end of Zola's career, the trilogy is an ambitious, sweeping study of one man's struggle with faith in political, religious, and social life. Following his protagonist Abbe Pierre Froment, Zola provides a striking portrait of the soul of modern man in crisis with itself and with an ever-changing world. Paris finds Abbe Froment back in his home city, disheartened in his life and in his faith. Having failed in his quest to reform the Church, he turns his attention from institutional change to helping the poor and sick. As his reputation as an almsgiver grows, he draws the ire of his Church superiors, who are wary of his socialistic ideals. Regardless, Pierre dedicates himself to his subjects, taking in the poverty and destitution of a great city's slums and forgetting his former ambitions. When a near-death experience involving an anarchist bombing brings him back in touch with his estranged brother Guillaume, Froment begins to wonder whether his fate must rely on an institution unwilling, and perhaps unable, to change. In the thrilling conclusion to his Three Cities Trilogy, Zola explores the meaning of faith in a faithless world through the eyes of one good man. With a beautifully designed cover and professionally typeset manuscript, this edition of Emile Zola's Paris is a classic work of French literature reimagined for modern readers.

Emile Zola (1840-1902) was a French novelist, journalist, and playwright. Born in Paris to a French mother and Italian father, Zola was raised in Aix-en-Provence. At 18, Zola moved back to Paris, where he befriended Paul Cezanne and began his writing career. During this early period, Zola worked as a clerk for a publisher while writing literary and art reviews as well as political journalism for local newspapers. Following the success of his novel Therese Raquin (1867), Zola began a series of twenty novels known as Les Rougon-Macquart, a sprawling collection following the fates of a single family living under the Second Empire of Napoleon III. Zola's work earned him a reputation as a leading figure in literary naturalism, a style noted for its rejection of Romanticism in favor of detachment, rationalism, and social commentary. Following the infamous Dreyfus affair of 1894, in which a French-Jewish artillery officer was falsely convicted of spying for the German Embassy, Zola wrote a scathing open letter to French President Felix Faure accusing the government and military of antisemitism and obstruction of justice. Having sacrificed his reputation as a writer and intellectual, Zola helped reverse public opinion on the affair, placing pressure on the government that led to Dreyfus' full exoneration in 1906. Nominated for the Nobel Prize in Literature in 1901 and 1902, Zola is considered one of the most influential and talented writers in French history.