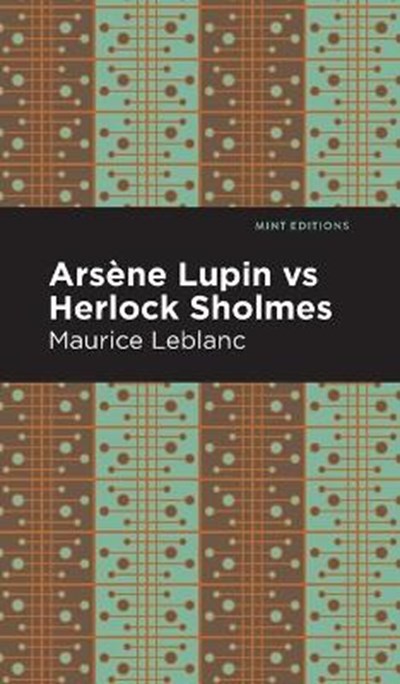 Publisher: Graphic Arts Books
ISBN: 9781513209326
Number of Pages: 176
Published: 10/08/2021
Width: 12.7 cm
Height: 20.3 cm
Description Author Information Reviews
Arsene Lupin vs Herlock Sholmes (1910) is a novel by Maurice Leblanc. Forced to change the name of his antagonist following a legal challenge by Holmes' creator, Leblanc still manages to pull off one of the greatest fictional mashups of all time. Partly based on the life of French anarchist Marius Jacob, Arsene Lupin first appeared in print in 1905 as an answer to Sir Arthur Conan Doyle's Sherlock Holmes. Blending crime fiction, fantasy, and mystery, Leblanc crafts original and entertaining tales of adventure starring one of the greatest literary characters of all time-Arsene Lupin, gentleman thief. Arsene Lupin is the world's greatest thief, an unmatched force for good whose exploits threaten the wealth and standing of France's most wicked men. In this installment of Leblanc's beloved series, Lupin uses his remarkable wit and chameleon-like ability to move undetected through aristocratic society in order to steal, trick, and cheat his way through life. Despite his criminal nature, he operates under a strict moral code, only taking from those who have taken from the poor all their lives. In this novel, Lupin forces French authorities to bring in an investigator capable of put a stop to his escapades. Across the English Channel comes Herlock Sholmes, the legendary British detective, and his trusted assistant Wilson. Although they are of a different breed than their adversary, who remains focused and stoic throughout, Sholmes and Wilson, despite their humorous outlook, prove more than capable of catching the gentleman thief. Arsene Lupin vs Herlock Sholmes is a story of romance, mystery, and crime that continues to astound over a century after it was published. With a beautifully designed cover and professionally typeset manuscript, this edition of Maurice Leblanc's Arsene Lupin vs Herlock Sholmes is a classic of French literature reimagined for modern readers.

Maurice Leblanc (1864-1941) was a French novelist and short story writer. Born and raised in Rouen, Normandy, Leblanc attended law school before dropping out to pursue a writing career in Paris. There, he made a name for himself as a leading author of crime fiction, publishing critically acclaimed stories and novels with moderate commercial success. On July 15th, 1905, Leblanc published a story in Je sais tout, a popular French magazine, featuring Arsene Lupin, gentleman thief. The character, inspired by Sir Arthur Conan Doyle's Sherlock Holmes stories, brought Leblanc both fame and fortune, featuring in 21 novels and short story collections and defining his career as one of the bestselling authors of the twentieth century. Appointed to the Legion d'Honneur, France's highest order of merit, Leblanc and his works remain cultural touchstones for generations of devoted readers. His stories have inspired numerous adaptations, including Lupin, a smash-hit 2021 television series.