Grace Abounding to the Chief of Sinners 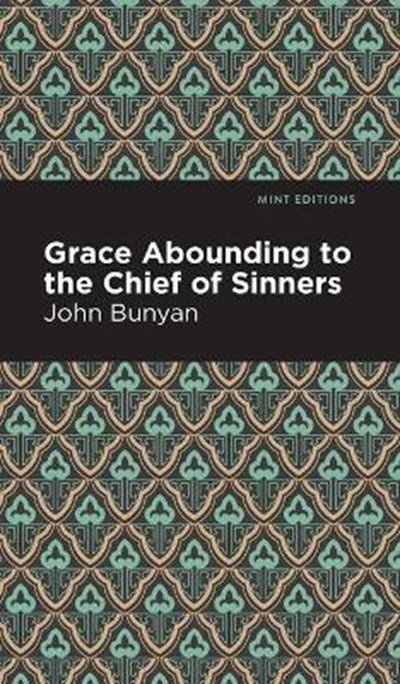 Grace Abounding to the Chief of Sinners

QTY
Add to Basket
Publisher: Graphic Arts Books
ISBN: 9781513220345
Number of Pages: 138
Published: 01/12/2020
Width: 12.7 cm
Height: 20.3 cm
Description Author Information Reviews
Grace Abounding to the Chief of Sinners (1666) is a spiritual autobiography by English author and Puritan preacher John Bunyan. Written while Bunyan was serving a lengthy prison sentence for preaching without a license, Grace Abounding to the Chief of Sinners is both a record of Bunyan's personal experience, the story of his conversion, and a document of a time of historical and political crisis in England. The restoration of King Charles II to the throne in 1660-which followed years of sectarian violence and the 1649 execution of his father Charles I-initiated a period of religious and political repression. Nonconformist Christians, and preachers especially, were forbidden from practicing their faith, a crime for which Bunyan was arrested. He was tried and convicted in 1661, spending the next twelve years in Bedford County Gaol. Grace Abounding to the Chief of Sinners, written and published during this period, is the story of Bunyan's life, focusing on his conversion to Puritanism and his personal trials as a man punished for his beliefs. Containing numerous biblical references, Bunyan's work is similar to Saint Augustine's Confessions in its compositional structure-beginning with the author's sinful youth, it moves through his process of conversion to his growth as a Christian and rise to the status of preacher. Where it differs, however, is in its detailed description of Bunyan's arrest and imprisonment, a time he relied on his belief in God to carry him safely through. While less popular than The Pilgrim's Progress, a Christian allegory Bunyan began writing in jail, Grace Abounding to the Chief of Sinners is an important and powerful work which has inspired generations of Christians, including John Brown and Martin Luther King Jr. With a beautifully designed cover and professionally typeset manuscript, this edition of John Bunyan's Grace Abounding to the Chief of Sinners is a classic of English literature reimagined for modern readers.

John Bunyan (1628-1688) was an English writer and Puritan preacher. He attended school until the age of sixteen before joining the Parliamentary Army during the English Civil War. After his service, he married and became a preacher with the Bedford Meeting, a nonconformist Christian group. Following the restoration of King Charles II to the English throne, Bunyan was imprisoned for his preaching and remained in jail for the next twelve years. While in custody, he wrote his spiritual autobiography Grace Abounding to the Chief of Sinners and his most famous work, The Pilgrim's Progress, a Christian allegory that has become one of the most popular and frequently published books in the English literary history. He was imprisoned once more toward the end of his life, and died on a trip to London after a brief illness. Bunyan is remembered today as an important literary and religious figure, and is honored with festivals and services by the Church of England, the United States Episcopal Church, and the Anglican Church of Australia.