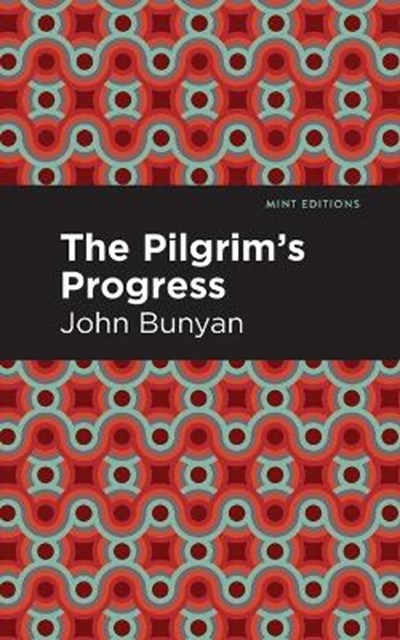 QTY
Add to Basket
Publisher: Graphic Arts Books
ISBN: 9781513268743
Number of Pages: 136
Published: 01/12/2020
Width: 12.7 cm
Height: 20.3 cm
Description Author Information Reviews
The Pilgrim's Progress (1678) is a Christian allegory by English writer and Puritan preacher John Bunyan. Begun during Bunyan's twelve-year imprisonment for refusing to abide by English laws forbidding nonconformist evangelism, The Pilgrim's Progress is his most famous work as well as one of the most republished works in English literary history. Often cited as the first English novel, The Pilgrim's Progress is told as a dream sequence from the point of view of an omniscient narrator. In the first book of The Pilgrim's Progress, a man named Christian has a crisis of faith that forces him to reconcile with his sinful past and encourages him to seek salvation by any means necessary. Unsure at first, he is guided by the figure Evangelist, who directs him along the path to the Wicket Gate and instructs him to follow the shining light. On his journey, Christian meets numerous figures, including Pliable, who follows him into the Slough of Despond before freeing himself and abandoning the story's hero. There, Christian is saved by Help, and continues his journey, encountering Mr. Worldly Wiseman and Mr. Legality, who attempt to sway him from his path to salvation with their knowledge of ethics and the law. But Christian is rescued from their midst by Evangelist, who once again points the way to the Wicket Gate, and through it the path out of the City of Destruction toward the fabled Celestial City. The second book recounts the journey of Christian's wife and children, who follow his path with the hope that they will join him in attaining spiritual deliverance. With a beautifully designed cover and professionally typeset manuscript, this edition of John Bunyan's The Pilgrim's Progress is a classic of English literature reimagined for modern readers.

John Bunyan (1628-1688) was an English writer and Puritan preacher. He attended school until the age of sixteen before joining the Parliamentary Army during the English Civil War. After his service, he married and became a preacher with the Bedford Meeting, a nonconformist Christian group. Following the restoration of King Charles II to the English throne, Bunyan was imprisoned for his preaching and remained in jail for the next twelve years. While in custody, he wrote his spiritual autobiography Grace Abounding to the Chief of Sinners and his most famous work, The Pilgrim's Progress, a Christian allegory that has become one of the most popular and frequently published books in the English literary history. He was imprisoned once more toward the end of his life, and died on a trip to London after a brief illness. Bunyan is remembered today as an important literary and religious figure, and is honored with festivals and services by the Church of England, the United States Episcopal Church, and the Anglican Church of Australia.