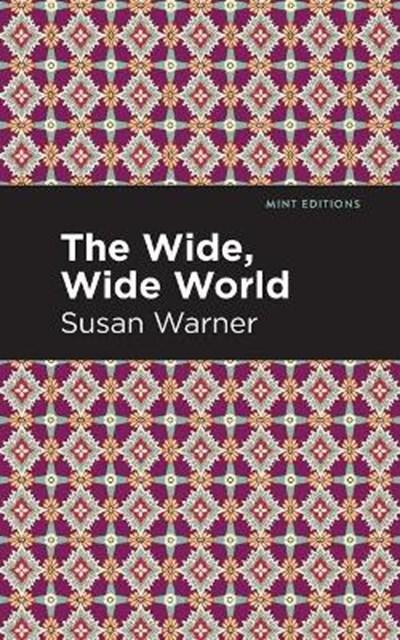 eBook FAQ
Add to Basket
Publisher: Graphic Arts Books
ISBN: 9781513272252
Number of Pages: 624
Published: 02/03/2021
Width: 12.7 cm
Height: 20.3 cm
Description Author Information Reviews
When her father leaves and mother becomes ill, a girl is sent to live with a distant relative where she learns some hard life lessons. The girl encounters both good and bad people, but maintains her Christian values. Ellen Montgomery's life drastically changes when she's forced to move in with her estranged Aunt Fortune. The environment is cold and oppressive, a stark comparison to her mother's comforting home. Despite the changes, Ellen explores her new community making several friends along the way. As the years pass, she experiences sickness, death and eventually love. She uses her faith to guide her through many unexpected trials and tribulations. Ellen's story is a testament to a person's ability to stay kind and optimistic no matter the circumstance. The Wide, Wide World was Susan Warner's first and biggest commercial success. It is considered a fixture in the domestic genre showcasing the growing pains of womanhood. Aside from Uncle Tom's Cabin, Warner's was one of the most circulated novels of its time. With an eye-catching new cover, and professionally typeset manuscript, this edition of The Wide, Wide World is both modern and readable.

Susan Warner (1819-1885) was an American writer of multiple genres including religious fiction. She was born in New York City but grew up in a farmhouse after her father lost their family's fortune. She began writing to generate income, starting with her first novel, The Wide, Wide World. After it was published in 1850, Warner's career began to flourish with the addition of Queechy (1852) and The Hills of the Shatemuc (1856). She became known for her vivid descriptions of American life with faith-based themes.