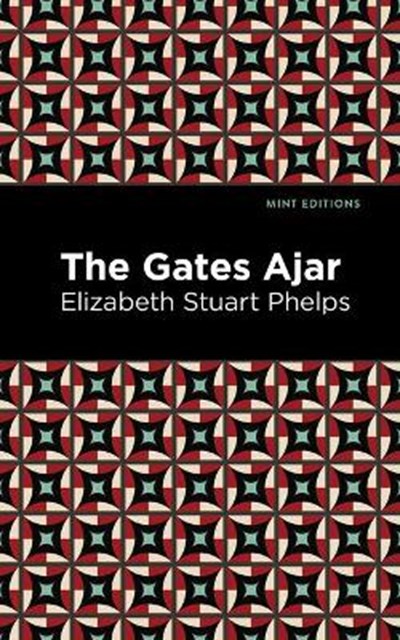 QTY
Add to Basket
Publisher: Graphic Arts Books
ISBN: 9781513279923
Number of Pages: 130
Published: 21/05/2021
Width: 12.7 cm
Height: 20.3 cm
Description Author Information Reviews
After receiving news that her closest brother has been shot and killed while fighting in the Civil War, Mary Cabot is distraught. Having lost the majority of her family, Mary is left feeling alone and helpless. She seeks solace in the church, her neighbors, and friends, but is unable to find the comfort she needs. Becoming more reserved and losing her faith, Mary is relieved when her widowed aunt, Winnifred, and young cousin from Kansas decide to visit her in Massachusetts. As the women strengthen their bond and share conversations on their trauma, Winniefred offers a new perspective, describing her understanding and vision of heaven. Despite its divergence from the traditional Christian idea of the afterlife, Mary begins to heal, unaware that more hardships are around the corner. First published over one-hundred and fifty years ago in 1868, The Gates Ajar established author Elizabeth Stuart Phelps' career, earning her fame and recognition for her emotional and reflective spiritualist novel. Inspired by her own experience of losing loved one to the Civil War, Phelps wrote The Gates Ajar to assuage the pain of death in ways the Christian church was not providing. Quickly rising to fame, The Gates Ajar sold thousands of copies and inspired a new vision of heaven that really resonated with its audience, leading to references in music, literature, and even floral arrangements. With sympathetic characters, a relatable plot, and gorgeous imagery, The Gates Ajar remains to stimulate modern readers and addresses timeless topics that remain approachable and relevant. This edition of The Gates Ajar by Elizabeth Stuart Phelps features an eye-catching new cover design and is presented in a font that is both modern and readable. With these accommodations, this edition is accessible and appealing to contemporary audiences, restoring The Gates Ajar to modern standards while preserving the original intelligence and impact of Elizabeth Stuart Phelps' work.

Elizabeth Stuart Phelps (1844-1911) was an American early feminist author and intellectual. Phelps advocated for women's rights, clothing reform, and animal rights, often finding herself surrounded in controversy because of it. Having published multiple best-sellers, Phelps was a well-known author and was the first woman to present a lecture series at Boston University. She wrote in several genres, including children's and spiritualist literature. Phelps often challenged traditional Christian beliefs and the expected domestic role of women in her writing. By the end of her career, Phelps published fifty-seven volumes of fiction, poetry, and essays, as well multiple novels.