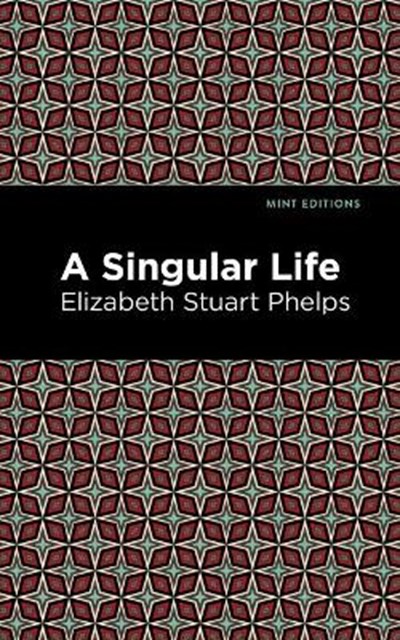 QTY
Add to Basket
Publisher: Graphic Arts Books
ISBN: 9781513279930
Number of Pages: 256
Published: 21/05/2021
Width: 12.7 cm
Height: 20.3 cm
Description Author Information Reviews
Set in 19th century Massachusetts, Emanuel Bayard feels unsure about his studies at the local seminary. Though he is very devout to God, Emanuel feels he is called to do more for his community. However, some of the rules and leaders of the church are more conservative in their practices, disagreeing with Emanuel's liberal and judgment-free approach. Among these people is the daughter of Emanuel's theology professor, Helen. Yet, unlike others in the church, Helen accepts this difference, possibly persuaded by the attraction between she and Emanuel. After leaving the orthodox church, Emanuel begins to perform humanitarian acts inspired by the teachings and behavior of Jesus Christ. When these pursuits lead to the meeting of a local prostitute, Emanuel finds himself especially dedicated to her struggle. Magdalena, or Lena for short, is a beautiful woman and talented singer, forced to prostitution to make ends meet. She and Emanuel begin a friendship as he tries to help her find a better profession. Though Emanuel's only intention is to better the community, improving one life at a time, not all are happy with Emanuel's work, leading to conflict, surprising action, and an event that unsettles the whole town. First published one-hundred and twenty-five years ago in 1895, Elizabeth Stuart Phelps' A Singular Life is a best-selling novel, offering a new perspective on the meaning of Christianity. With the use of religious philosophy, metaphor, and impactful prose, A Singular Life is a powerful narrative that promotes compassion and acceptance. While these elements encourage critical thought and provide insight, A Singular Life also entertains with its compelling drama, tender romance, and memorable characters. Invoking a whirlwind of emotion, A Singular Life challenges beliefs, offers immense comfort, and depicts characters that demand affection. This edition of A Singular Life by Elizabeth Stuart Phelps features an eye-catching new cover design and is presented in a font that is both modern and readable. With these accommodations, this edition is accessible and appealing to contemporary audiences, restoring A Singular Life to modern standards while preserving the original intelligence and impact of Elizabeth Stuart Phelps' work.

Elizabeth Stuart Phelps (1844-1911) was an American early feminist author and intellectual. Phelps advocated for women's rights, clothing reform, and animal rights, often finding herself surrounded in controversy because of it. Having published multiple best-sellers, Phelps was a well-known author and was the first woman to present a lecture series at Boston University. She wrote in several genres, including children's and spiritualist literature. Phelps often challenged traditional Christian beliefs and the expected domestic role of women in her writing. By the end of her career, Phelps published fifty-seven volumes of fiction, poetry, and essays, as well multiple novels.