Protestantism and Fraternity in Contemporary Scotland 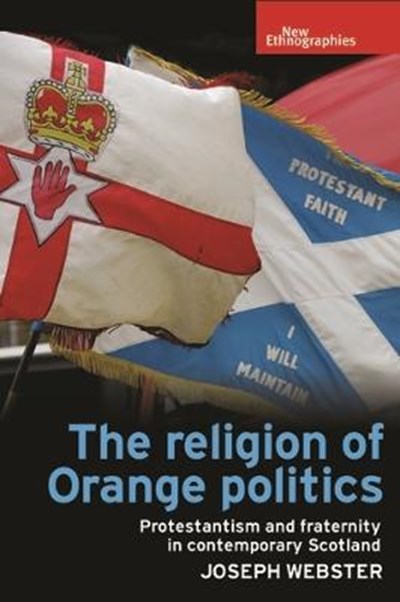 Protestantism and Fraternity in Contemporary Scotland

eBook FAQ
Add to Basket
Publisher: Manchester University Press
ISBN: 9781526113764
Number of Pages: 232
Published: 26/06/2020
Width: 15.6 cm
Height: 23.4 cm
Description Author Information Reviews
The religion of Orange politics offers an in-depth anthropological account of the Orange Order in Scotland. Based on ethnographic research collected before, during, and after the Scottish independence referendum, Joseph Webster details how Scotland's largest Protestant-only fraternity shapes the lives of its members and the communities in which they live. Within this Masonic-inspired 'society with secrets', Scottish Orangemen learn how transform themselves and their fellow brethren into what they regard to be ideal British citizens. It is from this ethnographic context - framed by ritual initiations, loyalist marches, fraternal drinking, and constitutional campaigning - that the key questions of the book emerge: What is the relationship between fraternal love and sectarian hate? Can religiously motivated bigotry and exclusion be part of human experiences of 'The Good?' What does it mean to claim that one's religious community is utterly exceptional - a literal 'race apart'? -- .

Joseph Webster is a Lecturer in the Study of Religion at the University of Cambridge -- .