Irish Women and the Creation of Modern Catholicism, 1850-1950 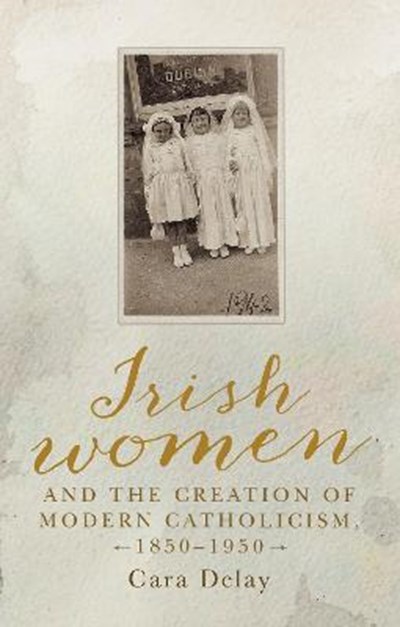 Irish Women and the Creation of Modern Catholicism, 1850-1950

QTY
Add to Basket
Publisher: Manchester University Press
ISBN: 9781526136398
Number of Pages: 264
Published: 26/03/2019
Width: 13.8 cm
Height: 21.6 cm
Description Author Information Reviews
This is the first book-length study to investigate the place of lay Catholic women in modern Irish history. It analyses the intersections of gender, class and religion by exploring the roles that middle-class, working-class and rural poor women played in the evolution of Irish Catholicism and thus the creation of modern Irish identities. The book demonstrates that in an age of Church growth and renewal, stretching from the aftermath of the Great Famine through the Free State years, lay women were essential to all aspects of Catholic devotional life, including both home-based religion and public rituals. It also reveals that women, by rejecting, negotiating and reworking Church dictates, complicated Church and clerical authority. Irish women and the creation of modern Catholicism re-evaluates the relationship between the institutional Church, the clergy and women, positioning lay Catholic women as central actors in the making of modern Ireland. -- .

Cara Delay is Associate Professor in the History Department at the College of Charleston -- .