A Chess Grandmaster on the Game of Life 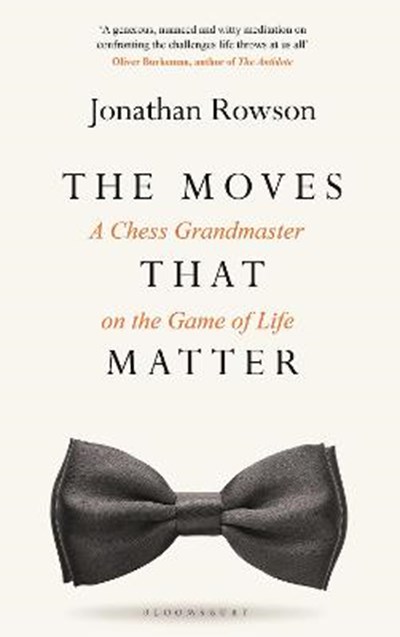 A Chess Grandmaster on the Game of Life

Publisher: Bloomsbury Publishing PLC
ISBN: 9781526603845
Number of Pages: 352
Published: 14/11/2019
Width: 15.3 cm
Height: 23.4 cm
Description Author Information Reviews
'A powerfully unconventional and mind-expanding book ... A generous, nuanced and witty meditation on confronting the challenges life throws at us all' Oliver Burkeman, author of The Antidote Refined and perfected throughout human history, chess has long been a touchstone for shrewd tacticians and master strategists. But enfolded within this ancient game can be found a singularly resonant metaphor for the challenges, thrills and setbacks that fill our lives with meaning and complexity. Jonathan Rowson's competitive success as a Grandmaster and his work as a philosopher of public policy have given him a unique perspective on why the great game is more important than ever for understanding the conflicts and uncertainties of the modern world. In sixty-four witty and addictive vignettes, Rowson takes us on a tour of life where everything is at play - an exhilarating journey from the aesthetics of cyborgs to the psychology of gang violence, the joys of parenting to the ultimate endgame of death. Chess emerges as a rich and endlessly evocative way of thinking about the desires that shape the world around us. The Moves That Matter celebrates the redeeming power of intense concentration, while offering a humane and compassionate account of our interdependence and need for community. Jonathan Rowson reveals, one move at a time, what it means to love, think or care deeply in the intricate game of life.

Jonathan Rowson is a writer, philosopher and chess Grandmaster who was British Chess Champion from 2004-2006. He holds degrees from Oxford, Bristol and Harvard universities, was formerly Director of the Social Brain Centre at the RSA and an Open Society Fellow. He is co-founder and director of Perspectiva, a research institute that examines the relationship between complex global challenges and the inner lives of human beings. Rowson lives in London with his wife, Siva, and their sons, Kailash and Vishnu.