Crossing the Lines that Divide Us 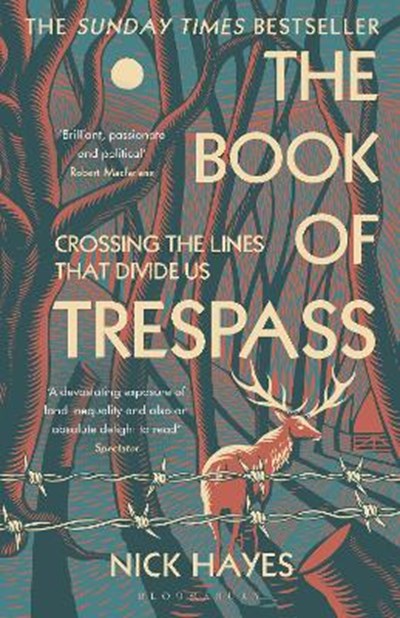 Crossing the Lines that Divide Us

QTY
Add to Basket
Publisher: Bloomsbury Publishing PLC
ISBN: 9781526604729
Number of Pages: 464
Published: 08/07/2021
Width: 12.9 cm
Height: 19.8 cm
Description Author Information Reviews
THE SUNDAY TIMES BESTSELLER A GUARDIAN, I AND SPECTATOR BOOK OF THE YEAR SHORTLISTED FOR THE CWA GOLD DAGGER FOR NON-FICTION 2021 'Brilliant, passionate and political . . . The Book of Trespass will make you see landscapes differently' Robert Macfarlane 'A remarkable and truly radical work, loaded with resonant truths' George Monbiot The vast majority of our country is entirely unknown to us because we are banned from setting foot on it. By law of trespass, we are excluded from 92 per cent of the land and 97 per cent of its waterways, blocked by walls whose legitimacy is rarely questioned. But behind them lies a story of enclosure, exploitation and dispossession of public rights whose effects last to this day. The Book of Trespass takes us on a journey over the walls of England, into the thousands of square miles of rivers, woodland, lakes and meadows that are blocked from public access. By trespassing the land of the media magnates, Lords, politicians and private corporations that own England, Nick Hayes argues that the root of social inequality is the uneven distribution of land. Weaving together the stories of poachers, vagabonds, gypsies, witches, hippies, ravers, ramblers, migrants and protestors, and charting acts of civil disobedience that challenge orthodox power at its heart, The Book of Trespass will transform the way you see the land.

Nick Hayes is an author, illustrator, print-maker and political cartoonist. He has published four graphic novels with Jonathan Cape and has worked for, among others, the Literary Review, Time Out, the British Council, the New Statesman and the Guardian. He has exhibited across the country, including at the Hayward Gallery. He lives in London.