Who Owns the Internet, and How It Owns Us 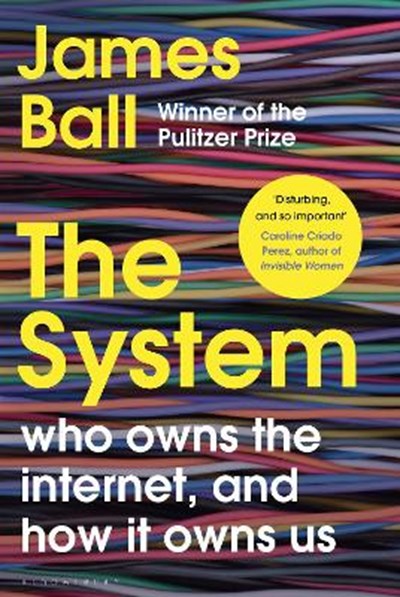 Who Owns the Internet, and How It Owns Us

Publisher: Bloomsbury Publishing PLC
ISBN: 9781526607249
Number of Pages: 288
Published: 20/08/2020
Width: 15.3 cm
Height: 23.4 cm
Description Author Information Reviews
'A fascinating expose of the world behind your screen. Timely, often disturbing, and so important' Caroline Criado Perez, author of Invisible Women 'Takes us beyond Zuckerberg, Bezos et al to a murkier world where we discover how everything online works and who benefits from it. Fascinating, engaging and important' Observer 'Could not be more timely' Spectator The internet is a network of physical cables and connections, a web of wires enmeshing the world, linking huge data centres to one another and eventually to us. All are owned by someone, financed by someone, regulated by someone. We refer to the internet as abstract from reality. By doing so, we obscure where the real power lies. In this powerful and necessary book, James Ball sets out on a global journey into the inner workings of the system. From the computer scientists to the cable guys, the billionaire investors to the ad men, the intelligence agencies to the regulators, these are the real-life figures powering the internet and pulling the strings of our society. Ball brilliantly shows how an invention once hailed as a democratising force has concentrated power in places it already existed - that the system, in other words, remains the same as it did before.

James Ball is the Global Editor of the Bureau of Investigative Journalism and the author of multiple books, including Post-Truth. He has worked for BuzzFeed, the Guardian and the Washington Post and his reporting projects have won the Pulitzer Prize for public service, the Scripps Howard Prize and the British Journalism Award for investigative reporting, among others.