Longlisted for the Women's Prize 2020 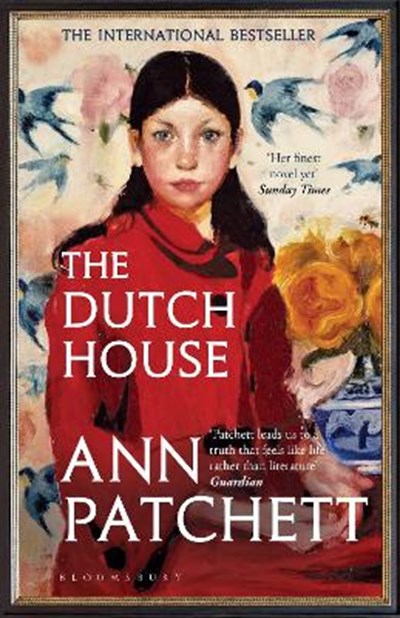 Longlisted for the Women's Prize 2020

QTY
Add to Basket
Publisher: Bloomsbury Publishing PLC
ISBN: 9781526614971
Number of Pages: 352
Published: 30/04/2020
Width: 12.9 cm
Height: 19.8 cm
Description Author Information Reviews
Lose yourself in the story of a lifetime - the unforgettable Sunday Times bestseller 'Patchett leads us to a truth that feels like life rather than literature' Guardian Longlisted for the Women's Prize 2020 A STORY OF TWO SIBLINGS, THEIR CHILDHOOD HOME, AND A PAST THAT THEY CAN'T LET GO. Like swallows, like salmon, we were the helpless captives of our migratory patterns. We pretended that what we had lost was the house, not our mother, not our father. We pretended that what we had lost had been taken from us by the person who still lived inside. Danny Conroy grows up in the Dutch House, a lavish mansion. Though his father is distant and his mother is absent, Danny has his beloved sister Maeve: Maeve, with her wall of black hair, her wit, her brilliance. The siblings grow and change as life plays out under the watchful eyes of the house's former owners, in the frames of their oil paintings. Then one day their father brings Andrea home. Though they cannot know it, her arrival to the Dutch House sows the seed of the defining loss of Danny and Maeve's lives... 'The best book I've read in years' Rosamund Lupton 'Her finest novel yet' Sunday Times 'The buzz around The Dutch House is totally justified. Her best yet, which is saying something' John Boyne 'A masterpiece' Cathy Rentzenbrink 'Bliss' Nigella Lawson

Ann Patchett is the author of seven novels and three works of non-fiction. She has been shortlisted for the Orange Prize for Fiction three times; with The Magician's Assistant in 1998, winning the prize with Bel Canto in 2002, and was most recently shortlisted with State of Wonder in 2012. She is also the winner of the PEN/Faulkner Award and was named one of Time magazine's 100 Most Influential People in the World in 2012. Her work has been translated into more than thirty languages. She is the co-owner of Parnassus Books in Nashville, Tennessee, where she lives with her husband, Karl.