Writers on the Albums That Shaped Them 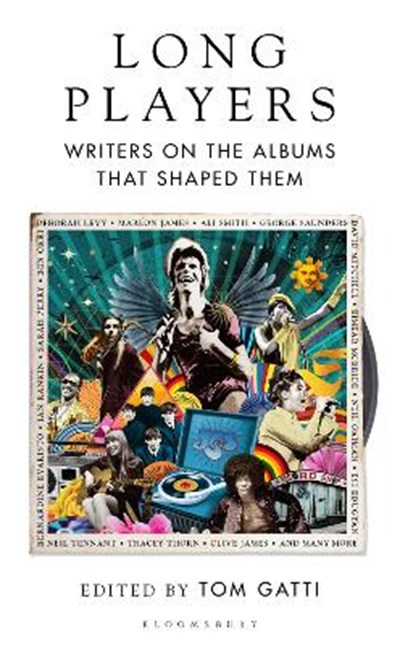 Writers on the Albums That Shaped Them

Publisher: Bloomsbury Publishing PLC
ISBN: 9781526625786
Number of Pages: 224
Published: 10/06/2021
Width: 13.5 cm
Height: 21.6 cm
Description Author Information Reviews
'A captivating mix of memoir and music writing' IRISH TIMES 'A richly textured snapshot survey of artists on art' GUARDIAN ______________________________________ Our favourite albums are our most faithful companions: we listen to them hundreds of times over decades, we know them far better than any novel or film. These records don't just soundtrack our lives but work their way deep inside us, shaping our outlook and identity, forging our friendships and charting our love affairs. They become part of our story. In Long Players, fifty of our finest authors write about the albums that changed their lives, from Deborah Levy on Bowie to Daisy Johnson on Lizzo, Ben Okri on Miles Davis to David Mitchell on Joni Mitchell, Sarah Perry on Rachmaninov to Bernardine Evaristo on Sweet Honey in the Rock. Part meditation on the album form and part candid self-portrait, each of these miniature essays reveals music's power to transport the listener to a particular time and place. REM's Automatic for the People sends Olivia Laing back to first love and heartbreak, Bjork's Post resolves a crisis of faith and sexuality for a young Marlon James, while Fragile by Yes instils in George Saunders the confidence to take his own creative path. This collection is an intoxicating mix of memoir and music writing, spanning the golden age of vinyl and the streaming era, and showing how a single LP can shape a writer's mind. Featuring writing from Ali Smith, Marlon James, Deborah Levy, George Saunders, Bernardine Evaristo, Ian Rankin, Tracey Thorn, Ben Okri, Sarah Perry, Neil Tennant, Rachel Kushner, Clive James, Eimear McBride, Neil Gaiman, Daisy Johnson, David Mitchell, Esi Edugyan, Patricia Lockwood, among many others.

Tom Gatti works at the New Statesman, where Long Players began life as a feature. He joined the magazine in 2013 as culture editor; before that he was Saturday Review editor at The Times, where he also wrote book reviews, features and interviews. From 1995 to the present, he has listened to Radiohead's The Bends more times than is strictly necessary.