Cathedrals of Britain: London and the South East 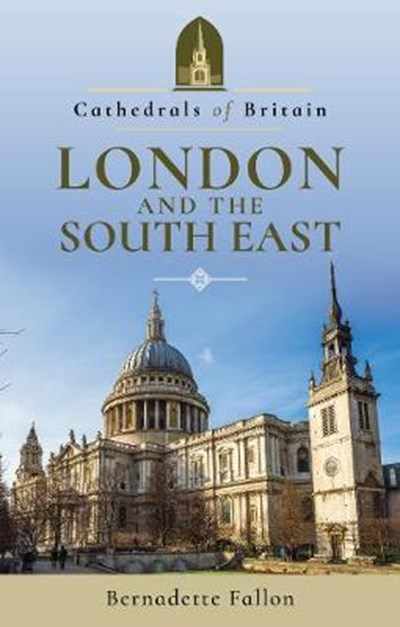 Cathedrals of Britain: London and the South East

Publisher: Pen & Sword Books Ltd
ISBN: 9781526703927
Number of Pages: 120
Published: 05/03/2018
Width: 13.8 cm
Height: 21.6 cm
Description Author Information Reviews
**Pointing persistently to heaven: A guide to UK cathedrals** Power, glory, bloodshed, prayer: cathedrals in the UK are as much about human drama as spiritual sanctuary, as much about political wrangling as religious fervour. From Christian beginnings in the Middle Ages through Reformation, Renaissance and Modernity, the great cathedrals of Britain have been both battleground and place of quiet reflection; created for the glory of God for sure, but also for the glory of men. There s a litany of great deeds and a list of secrets tied up in our national cathedrals and all are revealed within our guides, the ideal companions to the stories behind the greatest cathedrals of all. Whether you are travelling to view the buildings themselves or being an armchair enthusiast, let us take you on a journey. **Book Two: London and the South East** Four out of six of the cathedrals in this book were created for God and the Church of Rome, five now answer to the Queen of England. And the seventh isn t in fact a cathedral at all, though you ll see why it takes its place among these hallowed buildings. From tiny timber churches that grew into magnificent cathedrals, from a Catholic faith turned Protestant, the story of these cathedrals, some of the foremost in Britain, is tumultuous, awe-inspiring and splattered with violence. They count among their numbers the oldest cathedral in England and the oldest religious sites in Britain. Many were established in the glory days of cathedral building under the rule of William the Conqueror from the 11th century. But their foundations go back much earlier; to small churches, priories and monasteries. Some may have been Roman temples. Pre-dating that, it s likely many were Pagan shrines and places of worship.

Bernadette Fallon has been a writer, journalist and broadcaster for the past 20 years, with a particular fondness for travel and a passionate love of old buildings. Her work as a travel and lifestyle journalist has taken her all over the world.