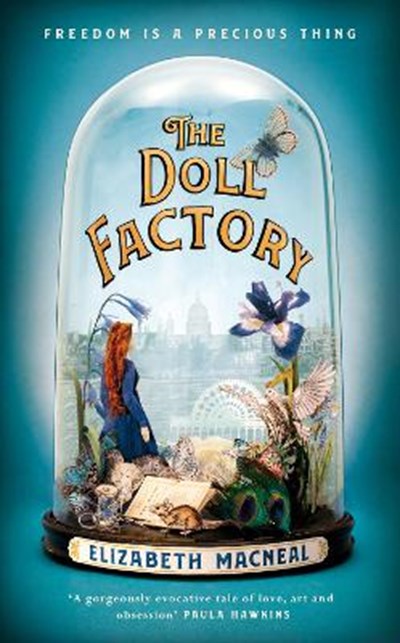 Publisher: Pan Macmillan
ISBN: 9781529002393
Number of Pages: 384
Published: 02/05/2019
Width: 14.4 cm
Height: 22.4 cm
Description Author Information Reviews
The Sunday Times Bestseller - As read on BBC Radio 4 A BBC Radio 2 Book Club Choice 2019 'A sharp, scary, gorgeously evocative tale of love, art and obsession' - Paula Hawkins, author of The Girl on the Train The Doll Factory by Elizabeth Macneal is the intoxicating story of a young woman who aspires to be an artist, and the man whose obsession may destroy her world for ever. London. 1850. The greatest spectacle the city has ever seen is being built in Hyde Park, and among the crowd watching two people meet. For Iris, an aspiring artist, it is the encounter of a moment - forgotten seconds later, but for Silas, a collector entranced by the strange and beautiful, that meeting marks a new beginning. When Iris is asked to model for pre-Raphaelite artist Louis Frost, she agrees on the condition that he will also teach her to paint. Suddenly her world begins to expand, to become a place of art and love. But Silas has only thought of one thing since their meeting, and his obsession is darkening . . .

Elizabeth Macneal was born in Edinburgh and now lives in East London. She is a writer and potter and works from a small studio at the bottom of her garden. She read English Literature at Oxford University, before working in the City for several years. In 2017, she completed the Creative Writing MA at UEA where she was awarded the Malcolm Bradbury scholarship. The Doll Factory, Elizabeth's debut novel, won the Caledonia Novel Award 2018.