As Many as the Stars 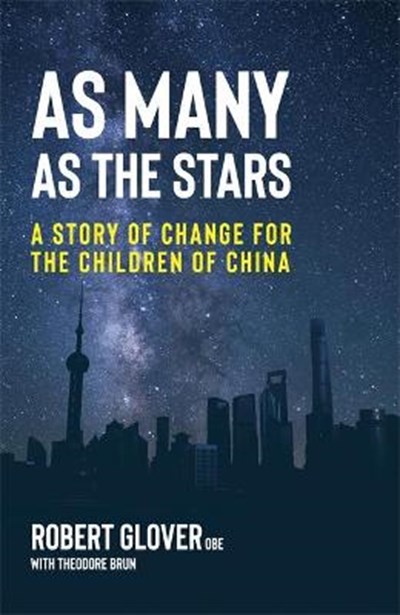 As Many as the Stars

eBook FAQ
Add to Basket
Publisher: Hodder & Stoughton
ISBN: 9781529317176
Number of Pages: 224
Published: 15/10/2020
Width: 15.6 cm
Height: 23.6 cm
Description Author Information Reviews
'There are a few rare occasions in life, when events seem to conspire in a profound and extraordinary way. In those moments God pulls back the curtain on his plans and you get to see a glimpse of what he has in store in you. In the end you are clearer on your life's purpose and destiny. This was one of those moments.' AS MANY AS THE STARS tells the story of how one man moved with his wife and six young children from the UK to China to follow God's call. Robert Glover was a social worker in the East of England who went on to radically transform Chinese government's policy on care welfare. In conversations with the Chinese government Robert fought to show that family-based fostering and adoption was a better alternative to the system of state-sponsored orphanages. In 1998, Robert pioneered the first small pilot project in Shanghai. In the same year Care for Children was founded as a charity as the first joint venture social welfare project between the British and Chinese governments. The goal was to provide skills and knowledge to local staff that could eventually impact many thousands of orphans in China. Robert had a big vision but continued to trust God in his plans. Now Robert's charity Care for Children has reached their goal of getting ONE MILLION children fostered or adopted, which is 85% of the children in the state-run institutions and they have since expanded into Thailand and Vietnam. Told with humour & simplicity AS MANY AS THE STARS gives a deeper understanding of the importance of families in God's plan; God's deep concern for the plight of the orphan and the poor; how to live with greater compassion, generosity and courage to share the love of Christ with a needy world.

A former footballer, Royal Navy submariner and social worker, Robert Glover is an advisor to the Chinese Government of social welfare for disadvantaged children and founder and Executive Director of Care for Children. Care for Children has a vision to place a million orphan children into families. In the year 2000 the Shanghai Government awarded Robert the White Magnolia Award for outstanding services to the city. Robert was awarded the OBE in the Queen's New Year Honours list for 2005.