Every Step an Arrival 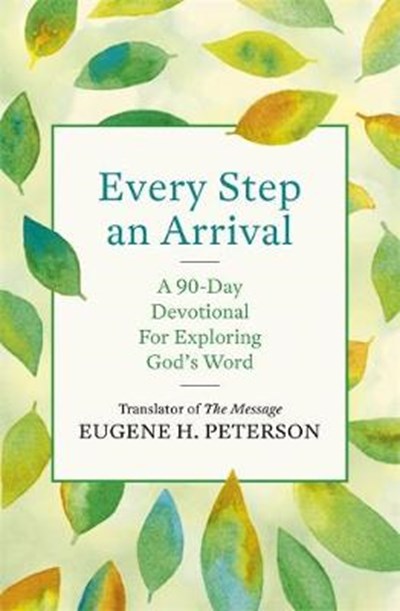 Every Step an Arrival

eBook FAQ
Add to Basket
Publisher: Hodder & Stoughton
ISBN: 9781529319323
Number of Pages: 192
Published: 15/10/2020
Width: 12.8 cm
Height: 19.6 cm
Description Author Information Reviews
Take ninety days and walk through the pages of the Bible with the definitive voice today in Christian spirituality. Eugene Peterson provides brief commentary and challenging thoughts to stir the biblical imagination and encourage even the weary believer. Each devotional sheds light on one of two main themes: your life and God's nature, and is followed by a pause of sorts - sometimes a question, sometimes a reflection. Readers can use the words there to form their own prayer for the day - certainly not as an ending point, but rather as a beginning for the arrivals that await them.