Journeys through Science, Faith and Doubt - A Memoir 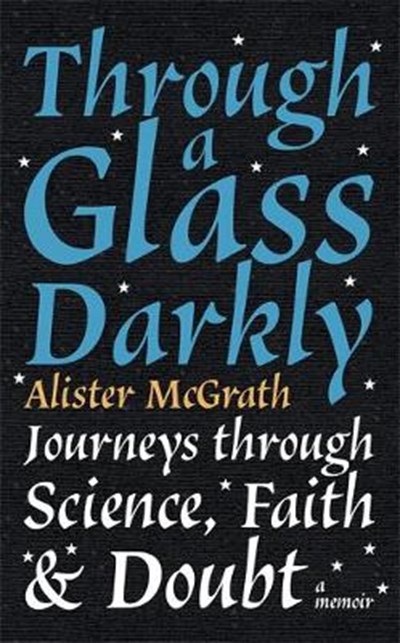 Journeys through Science, Faith and Doubt - A Memoir

In what he anticipates will be his final book, respected scientist and theologian Professor Alister McGrath shares the story of a life spent in pursuit of truth: first through the discipline of science, then in tandem with the Christian faith he found as a young man. In Through a Glass Darkly Professor McGrath shares at length and for the first time how exactly he moved from atheism to faith while studying natural sciences at Oxford University, and how each discipline has informed the other throughout his life. This is a rich, inspiring read from one of today's greatest public theologians.

Alister McGrath is the Andreas Idreos Professor of Science and Religion at Oxford University, and Fellow of Harris Manchester College, Oxford. After initial academic work in the natural sciences, Alister turned to the study of theology and intellectual history, while occasionally becoming engaged in broader cultural debates about the rationality and relevance of the Christian faith. He is the author of many academic and theological works, as well as the bestselling The Dawkins Delusion and, most recently, his acclaimed C. S. Lewis - A Life.

Alister McGrath has written an intellectual thriller that documents his transition from a nature-loving schoolboy Marxist to the Oxford Professor of Science and Religion. The detail is fascinating: discovering that what once was certain crumbled, probing the methods and limits of science and finding in literature, historical, philosophical and imaginative, a pathway from the shadows of Plato's cave to an epiphany of understanding in the sunlit uplands, similar to that of C.S. Lewis before him. Realising not only that science and religion give different but complementary maps of the world, but also that Christianity offers the coherent big-picture framework for which his mind and heart had been questing. This is a must read for all those interested in the life of the mind and the science-religion debate. I could not put it down. You will not be able to either. -- John Lennox, Emeritus Professor of Mathematics, University of Oxford 'A compelling story, at once readable and profound. In charting his path from atheism to Christian faith, Alister McGrath offers rich resources for believers, as well as a robust challenge to sceptics and religion's cultured despisers.' -- Rupert Shortt, author of Outgrowing Dawkins: God for Grown-Ups Alister McGrath is renowned as a world-leading academic and very successful author with a particular interest in the interface of science and religion. This readable account tells his personal story and might even become a classic. It portrays his journey from a young prodigy to scientist and theologian. Enlivened with occasional flashes of humour and drawing on the author's exceptional breadth and depth of reading, it illustrates why he has successfully written for popular as well as academic audiences. It deserves to be very widely read. -- Michael J. Reiss, President, International Society for Science and Religion A personal story of how Alister McGrath travelled from a youthful certainty of atheism, across troubled intellectual seas, to arrive on an island of faith where he learned to be at peace with uncertainty . . . McGrath explains why Christianity, in providing the big picture which accommodates science, is not only plausible but intellectually satisfying. Through a Glass Darkly is a book that will help anyone wishing, with sincerity and intellectual honesty, to reconsider the apparent conflict between science and Christian faith. They will find, as did McGrath, that "understanding what is going on" does not demand total certainty, that living with uncertainty is not an admission of failure but a recognition of reality and that faith in God is the way to peace. -- Paul Ewart, Professor of Physics, University of Oxford A rare insight into Alister McGrath's outstanding mind ... a great book to remind Christians of the intellectual credibility of our faith. * Christianity Magazine *