Is the Bible at Fault?

How the Bible Has Been Misused to Justify Evil, Suffering and Bizarre Behavior 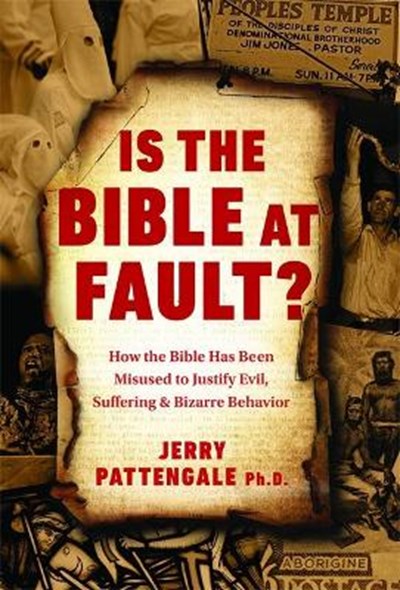 Is the Bible at Fault?

How the Bible Has Been Misused to Justify Evil, Suffering and Bizarre Behavior

QTY
Add to Basket
Publisher: Hodder & Stoughton
ISBN: 9781529329896
Number of Pages: 224
Published: 12/12/2019
Width: 15.4 cm
Height: 23.2 cm
Description Author Information Reviews
This provocative new book provides the truth and perspective needed to remind us of how high the stakes can be when we get the Bible wrong. Throughout history and around the world, people have made bizarre or dangerous claims in the name of God. They continue to do so today, citing biblical passages out of context or inappropriately. Doing so has led to a wide range of disasters, from executing other Christians for theological differences, to wild activities in the name of evangelism, and more. Is the Bible at Fault? examines these historical errors, problematic biblical interpretations, and tragedies to reveal how and why the Bible has been misused to justify and rationalize profound acts of persecution, destruction, violence, human rights abuse, and downright strange behavior. Is the Bible at Fault? explores twelve different cases of abhorrent behavior in the name of Scripture. These terrible, destructive movements have led people astray, brought irreparable spiritual and emotional harm, and even cost countless people their lives. The members of the Ku Klux Klan had no doubt that their actions were justified in the eyes of God. The murderous armies of the Fourth Crusade rationalized slaying other Christians in the name of the church. Detroit's Prophet Jones locked his followers in all-night revival meetings and often wouldn't let them out until they made financial contributions to the cause-the cause being his lavish lifestyle. Some Christian missionaries not only condoned the wholesale slaughter of Australia's native Aborigines people, they participated in it-with a clean conscience. These are real, historical people and events, and we'll explore every one of them and more in these pages.

Indiana Wesleyan University named Jerry Pattengale, Ph.D., its first UniversityProfessor in 2014. Jerry also serves as the executive director of education for the Museum of the Bible, where he was one of the museum's two founding scholars (2010) and established its international Scholars Initiative. In addition to authoring and editing more than 30 books, his articles have appeared in the Washington Post, Wall Street Journal, Christianity Today, InsideHigherEd, among others, and he has garnered various writing and education awards. His most recent books include, general editor for Global Impact Bible, author of The World's Greatest Book, The Book: The History, Narrative and Impact of the Bible (4 Vols.), Faith Made Real, The State of the Evangelical Mind, and The Impact of the Bible on Western Culture (2 Vols.). His forthcoming book is The New Book of Martyrs.