10 Powerful Thoughts for a Successful and Abundant Life 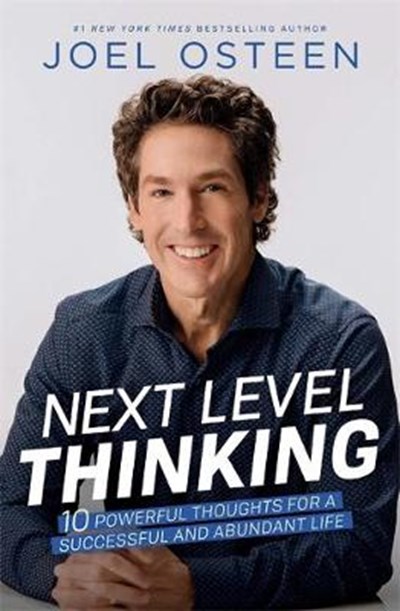 10 Powerful Thoughts for a Successful and Abundant Life

QTY
Add to Basket
Publisher: Hodder & Stoughton
ISBN: 9781529329902
Published: 12/12/2019
Description Author Information Reviews
Joel Osteen, number one best-selling author and pastor of Lakewood Church, invites you to set aside the shortcomings of the past and step into a new level of victory and favor. Many of us have let our minds become conditioned to thinking we've reached our limits; we've made too many mistakes; we'll never do anything great. What's happened? Instead of moving forward, we've adapted to our environment. Instead of pushing beyond our bounds, we've allowed a bad break, how we were raised, living with insecurity, or what someone did or didn't do to hold us back. The good news is that people don't determine our destiny - God does. And he has already taken into account every detail of our lives and factored them all into his plan. In his new book, Next Level Thinking, Joel Osteen teaches us that we weren't created to go through life weighed down by the past. God has destined us to rise higher - to the next level. When we leave behind the negative mind sets, the scarcity mentality, and the limits others have put on us, we'll experience the life of victory, favor, and abundance that was meant for us all along.

Joel Osteen is the senior pastor of Lakewood Church in Houston, Texas. Listed by several sources as America's largest and fastest-growing congregation, Lakewood church has approximately 45,000 adult attendees every week. Millions more watch Joel's messages as they are broadcast on national and international television networks. He resides in Houston with his wife, Victoria, and their children.