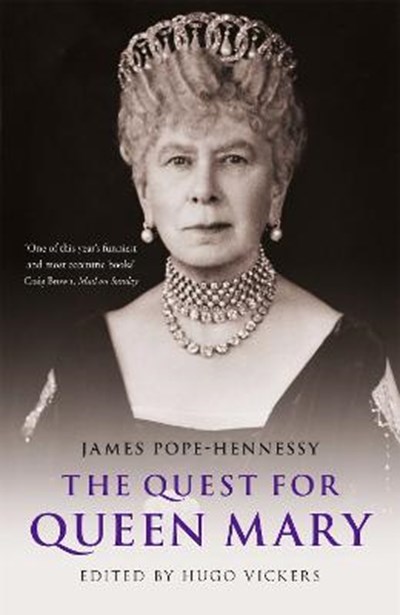 QTY
Add to Basket
Publisher: Hodder & Stoughton
ISBN: 9781529330625
Number of Pages: 336
Published: 20/09/2018
Width: 16 cm
Height: 23.8 cm
Description Author Information Reviews
* * 'Very funny and astute . . . a loathly feast for royal-watchers' Hilary Mantel, New Statesman Books of the Year 2018 'Almost every page is a gem' A. N. Wilson, Spectator Christmas Books 'A complete delight, conjuring up, with a few sharp strokes of the pen, a mad, exotic species from a world gone by' Craig Brown, Mail on Sunday * * * When James Pope-Hennessy began his work on Queen Mary's official biography, it opened the door to meetings with royalty, court members and retainers around Europe. The series of candid observations, secrets and indiscretions contained in his notes were to be kept private for 50 years. Now published in full for the first time and edited by the highly admired royal biographer Hugo Vickers, this is a riveting, often hilarious portrait of the eccentric aristocracy of a bygone age. Giving much greater insight into Queen Mary than the official version, and including sharply observed encounters with, among others, the Duke and Duchess of Windsor, the Duke of Gloucester, and a young Queen Elizabeth, The Quest for Queen Mary is set to be a classic of royal publishing.

James Pope-Hennessy was a British biographer and travel writer. His books included London Fabric (for which he was awarded the Hawthornden Prize), Sins of the Fathers (an account of the Atlantic slave traffickers), Anthony Trollope and Queen Victoria at Windsor and Balmoral. He died in 1974. Hugo Vickers is a writer, lecturer and broadcaster, and an acknowledged expert on the British Royal Family. He has written biographies of the Queen Mother, Cecil Beaton, Vivien Leigh, Princess Andrew of Greece and the Duchess of Windsor. His book The Kiss won the 1996 Stern Silver Pen Award for Non-Fiction. His recent bestsellers have included The Quest For Queen Mary and The Sphinx - the life of Gladys, the Duchess of Marlborough.