An insider's account of his life with Bhagwan, the world's most controversial guru 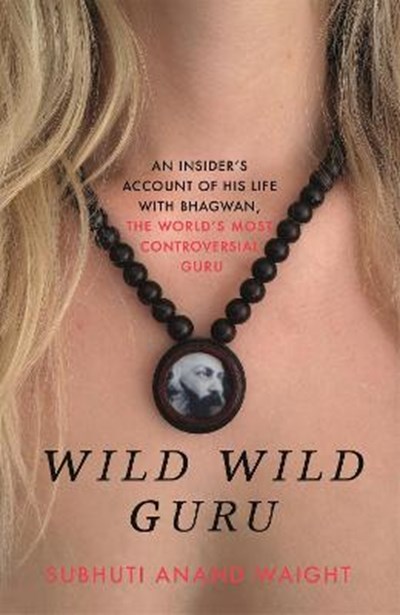 An insider's account of his life with Bhagwan, the world's most controversial guru

Publisher: Hodder & Stoughton
ISBN: 9781529345278
Number of Pages: 368
Published: 19/09/2019
Width: 16.2 cm
Height: 24 cm
Description Author Information Reviews
'It is a Lord of the Flies parable with Bhagwan as lord. The book is a fascinating social history, with many celebrities, from Diana Ross to Prince Charles. - Helen Rumbelow, The Times This is the story of a Englishman who gave up a job in journalism to spend fourteen years with the controversial Indian mystic Osho, also known as Bhagwan Shree Rajneesh and frequently referred to as 'the sex guru'. His guru was always controversial with his teachings on sex and spirituality, rumours of orgies and because he owned ninety-three Rolls Royces. Early in 1976, Subhuti travelled to India to meet Rajneesh in his ashram in Pune, became initiated as his disciple and immediately began to have mystical experiences, which he attributed to the powerful energy field surrounding the guru. He stayed for six months, participating in the ashram's notorious Encounter Group and other therapies designed to release suppressed emotions and awaken sexual energy Subhuti would stay to live and work on his master's ashrams for fourteen years, first as his press officer in Pune, India, then as editor of the community's weekly newspaper when Bhagwan and his followers shifted to Oregon, USA, and built a whole new town on the massive Big Muddy Ranch. There Subhuti was a first-hand witness to the scandals and hullabaloo that accompanied the guru, including tales of broken bones in no-holds-barred therapy groups and Tantra groups that encouraged total sexual freedom, and the increasing hostility with the locals which would lead to Bhagwan's attempt to flee America, his arrest and imprisonment. . He was on the Oregon Ranch when Rajneesh's secretary, Ma Anand Sheela, plotted against rival cliques within the ashram as well as a range of murderous crimes against state and federal officials which feature in hit Netflix series Wild Wild Country. Yet, amidst it all, Subhuti could see the profound revolution in spirituality that Bhagwan was creating, leaving a lasting impact on our ideas about society, religion, meditation and personal transformation. According to the author's understanding, it was the controversy itself, plus Bhagwan's refusal to tread the path of a spiritual saint, that became the stepping stone to a new vision of what it means to be a spiritual seeker.

In the early Seventies, Subhuti worked as a Lobby Correspondent in the Houses of Parliament, writing for The Birmingham Post, which in those days was a daily morning newspaper. But he led a double life, mutating into a weekend hippie and in 1975, several of his friends began returned from India dressed in bright orange clothes and wearing a necklace of wooden beads with a portrait of a guru hanging from it. This was his first introduction to Bhagwan Shree Rajneesh, who later became known as Osho. Subhuti returned to London and for one year worked again as a Lobby Correspondent, but then gave it up for good, choosing instead to live in the Pune ashram. For 14 years, he lived and worked in the commune surrounding Rajneesh, first in Pune and later at the Rajneesh Ranch in Oregon, USA. After Rajneesh was deported from the US, Subhuti worked for a while on the San Francisco Chronicle, but returned to Pune in 1987 when Rajneesh, after travelling the world, went back to his old ashram. He stayed with the guru until Rajneesh died in January 1990. Since then, Subhuti has worked as a freelance journalist and ghost writer, as well as penning his own books. He divides his time between the UK, Denmark and India.