Book of Science and Antiquities 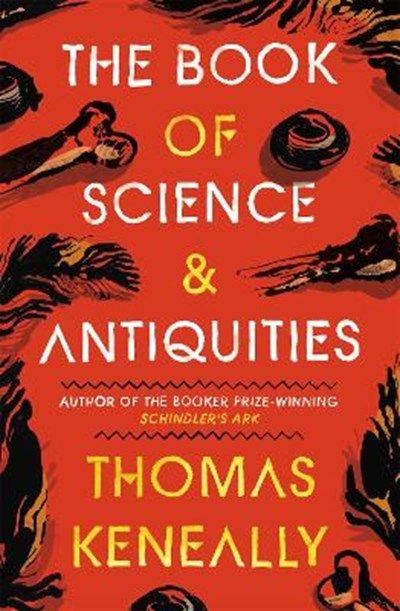 Book of Science and Antiquities

QTY
Add to Basket
Publisher: Hodder & Stoughton
ISBN: 9781529355215
Number of Pages: 336
Published: 30/05/2019
Width: 15.9 cm
Height: 24 cm
Description Author Information Reviews
In a novel of breathtaking reach and inspired imagination, the Booker Prize-winning author of Schindler's Ark tells the stories of two men who have much in common. What separates them is 42,000 years. Shade lives with his second wife amid their clan on the shores of a bountiful lake. A peaceable man, he knows that when danger threatens, the Hero ancestors will call on him to kill, or sacrifice himself, to save his people. Over 40,000 years later, Shade's remains are unearthed near the now dry Lake Learned in New South Wales. The sensational discovery fascinates Shelby Apple, a documentary film maker who tracks the controversies it provokes about who the continent's first inhabitants were and where Shade's bones belong. Shelby goes on to follow his own heroes to the battlefields of Eritrea and the Rift Valley where Homo sapiens sprang from. When he, too, faces mortality and looks back on his passions, ideals and sorely tested marriage, Learned Man stands as an enduring spirit, a fellow player in the long, ever-evolving story of humankind.

Thomas Keneally began his writing career in 1964 and has published thirty-one novels since. They include Schindler's Ark, which won the Booker Prize in 1982 and was subsequently made into the film Schindler's List, and The Chant Of Jimmie Blacksmith, Confederates and Gossip From The Forest, each of which was shortlisted for the Booker Prize. His most recent novels include The Daughters Of Mars, which was shortlisted for the Walter Scott Prize in 2013, Napoleon's Last Island, Crimes of the Father and The Book of Science and Antiquities. He has also written several works of non-fiction, including his memoir Homebush Boy, Searching for Schindler and Australians. He is married with two daughters and lives in Sydney.