Where the Light Fell 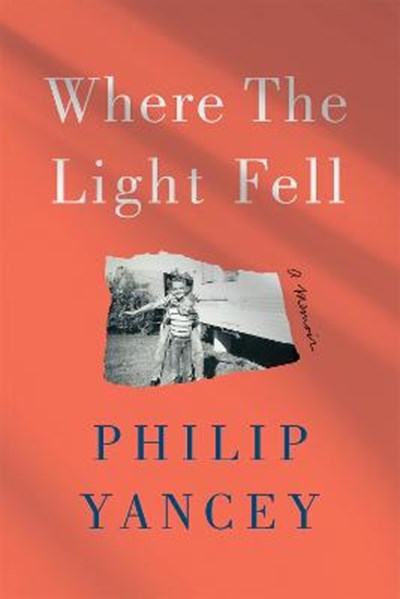 Where the Light Fell

Publisher: John Murray Press
ISBN: 9781529364224
Number of Pages: 320
Published: 14/10/2021
Width: 16 cm
Height: 23.4 cm
Description Author Information Reviews
'Not until college days do I discover the shocking secret of my father's death.' With a journalist's background Philip Yancey is widely admired for taking on the more difficult and confusing aspects of faith. Now in Where the Light Fell he shares, for the first time, the painful details of his own origins - taking us on an evocative journey from the backwoods and Bible-belt pockets of the South to the bustling streets of Philadelphia; from trailer parks to church parking lots; from dark secrets and family oddballs to fire-and-brimstone preachers and interminable church services. Raised by their impoverished single mother, Philip and his brother Marshall struggle to comprehend her speeches about their dead father, an Old Testament Bible story, and sons sacrificed for a divine cause. This coming-of-age story is a slice of life, both intensely personal and broadly resonant, set against a turbulent time in post-WWII American history shaped by the racism and paranoia of fundamentalist Christianity and reshaped by the mounting pressures of the Civil Rights movement and 60s-era forces of social change. An unforgettable read, it is at once hugely funny, deeply disturbing and achingly poignant. A testament to the power of the human spirit, Where the Light Fell illuminates Yancey's ability to bring comfort to those bruised by the church, and hope to those who can't imagine ever finding a healthy faith.

Philip Yancey is one of the most popular and acclaimed religious writers of our day. His searching and refreshingly honest books, which include FINDING GOD IN UNEXPECTED PLACES, SOUL SURVIVOR, PRAYER and WHAT GOOD IS GOD? have encouraged and inspired millions of people around the world. With a background in journalism, Philip admits that he prefers to ask the questions instead of answer them. This has led him through a path of re-discovering his faith and sharing that publicly through his writing in some of the most heart-felt and tried ways imaginable. A true wordsmith, a curator of language, Philip tackles difficult issues with an approach of 'this is what I've wrestled with and how I got through it so perhaps you might find it helpful too' making his reading incredibly engaging. Philip admits that he lost his faith in a racist church and made a living out of being a doubter and sceptic. After he came back to his faith, he wrote books about his journey by 'circling the edges' of common issues and eventually moving on to topics like Jesus, grace and most recently prayer. Billy Graham has said that there is no one in the evangelical world whom he admires more.