Discovering the Wisdom of Tradition in an Age of Chaos 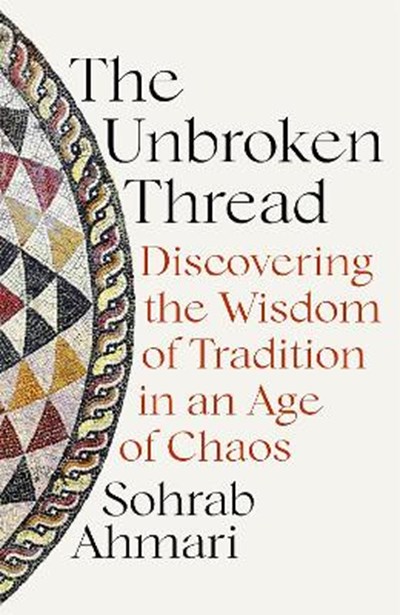 Discovering the Wisdom of Tradition in an Age of Chaos

QTY
Add to Basket
Publisher: John Murray Press
ISBN: 9781529364507
Number of Pages: 320
Published: 10/06/2021
Width: 15.6 cm
Height: 23.6 cm
Description Author Information Reviews
'A serious - and seriously readable - book about the deep issues that our shallow age has foolishly tried to dodge' - Douglas Murray 'A crystal-clear analysis of the multiple failures of "me-first" contemporary liberalism' - Giles Fraser For millennia, philosophical, ethical and theological reflection was commonplace among the intellectually curious. But the wisdom that some of the greatest minds across the centuries continue to offer us remains routinely ignored in our modern pursuit of self-fulfilment, economic growth and technological advancement. Sohrab Ahmari, the influential Op-Ed editor at the New York Post, offers a brilliant examination of our postmodern Western culture, and an analysis of the paradox at its heart: that the 'freedoms' we enjoy - to be or do whatever we want, subject only to consent, with everything morally neutral or relative - are at odds with the true freedom that comes from the pursuit of the collective good. Rather than the insatiable drive to satisfy our individual appetites, this collective good involves self-sacrifice and self-control. It requires us to diminish so that others may grow. What responsibility do we have to our parents? Should we think for ourselves? Are sexual ethics purely a private matter? How do we justify our lives? These, and other questions - explored in the company of a surprising range of ancient and contemporary thinkers - reveal how some of the most ancient moral problems are as fresh and relevant to our age as they were to our ancestors. By plumbing the depths of each question, the book underscores the poverty of our contemporary narratives around race, gender, privilege (and much else), exposing them as symptoms of a deep cultural crisis in which we claim a false superiority over the past, and helps us work our way back to tradition, to grasp at the thin, bare threads in our hands, while we still can.

Sohrab Ahmari is the op-ed editor of the New York Post and a contributing editor of the Catholic Herald. Previously, he served as a columnist and editor with the Wall Street Journal opinion pages in New York and London, and as senior writer at Commentary magazine. In addition to those outlets, his writing has appeared in The New York Times, The Times Literary Supplement, the Chronicle of Higher Education, The Weekly Standard, First Things, Dissent and America. He has testified before the British Parliament and appears regularly on broadcast media on both sides of the Atlantic, including the BBC, Sky News, France 24, Deutsche Welle, EWTN, and Fox News.