A Short Guide to Einstein, Relativity and the Future of Faith 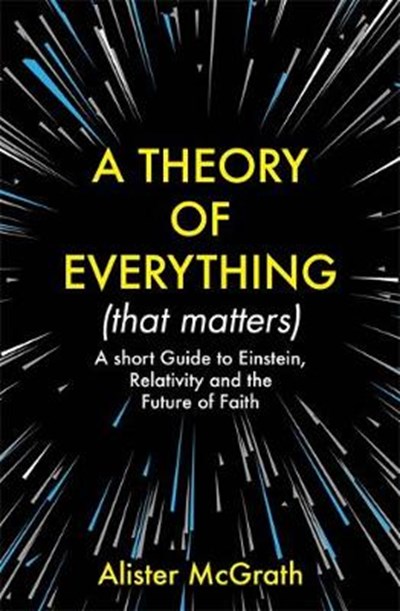 A Short Guide to Einstein, Relativity and the Future of Faith

QTY
Add to Basket
Publisher: Hodder & Stoughton
ISBN: 9781529377965
Number of Pages: 192
Published: 01/10/2020
Width: 12.8 cm
Height: 19.6 cm
Description Author Information Reviews
On 29th May 1919, British astronomers tested Einstein's theory of relativity by measuring the path of the stars travelling near the sun during an eclipse. On 7th November 1919, the results of that experiment were announced in London, proving Einstein's theory of relativity. A Theory of Everything (that Matters) has been written in celebration of this 100th anniversary. With the confirmation of Einstein's theories at the beginning of the twentieth century, our understanding of the universe became much more complex. What does this mean for religious belief, and specifically Christianity? Does it mean, as so many people assume, the death of God? In A Theory of Everything (that Matters) Alister McGrath - Professor of Science and Religion at Oxford University - explores these questions, giving an overview of Einstein's thought and scientific theories, including his nuanced thinking on the difference between the scientific enterprise and beliefs outside its realm. This groundbreaking book is for anyone intrigued by Einstein as one of the twentieth century's most iconic figures, who wants to know what his theories mean for religion, and who is interested in the conversation between science and religions more broadly. 'An excellent study of Einstein's theories in relation to his beliefs about God' - starred review in PUBLISHERS WEEKLY

Alister McGrath is Andreas Idreos Professor of Science and Religion at Oxford University, and Fellow of Harris Manchester College, Oxford. After initial academic work in the natural sciences, Alister turned to the study of theology and intellectual history, while also engaging in broader cultural debates about the rationality and relevance of Christian faith. He is the author of many academic and theological works, as well as the bestselling The Dawkins Delusion and his acclaimed C. S. Lewis - A Life.