How God Tricked Me into the Life of My Dreams 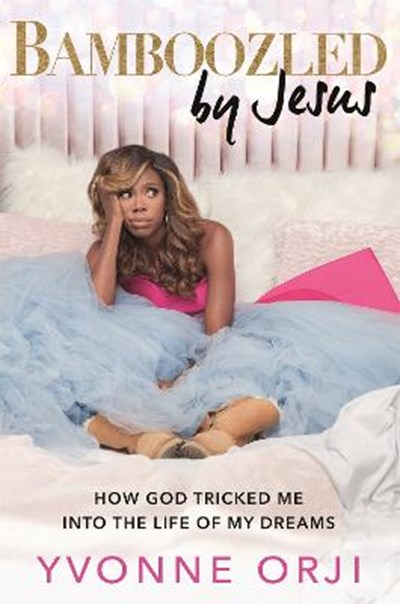 How God Tricked Me into the Life of My Dreams

eBook FAQ
Add to Basket
Publisher: Hodder & Stoughton
ISBN: 9781529389746
Number of Pages: 272
Published: 24/06/2021
Width: 14 cm
Height: 22 cm
Description Author Information Reviews
Yvonne Orji has never shied away from being unapologetically herself, and that includes being outspoken about her faith. Known for interpreting Biblical stories and metaphors to fit current times, her humorous and accessible approach to faith leaves even non-believers inspired and wanting more.The way Yvonne sees it, God is a Sovereign Prankster, punking folks long before Ashton Kutcher made it cool. When she meditates on her own life--complete with unforeseen blessings and unanticipated roadblocks--she realises it's one big testimony to how God tricked her into living out her wildest dreams. And she wants us to join in on getting bamboozled. This is not a Self-Help book--it's a Get Yours book! In Bamboozled by Jesus, a frank and fresh advice book, Orji takes readers on a journey through twenty-five life lessons, gleaned from her own experiences and her favourite source of inspiration: the Bible. But this ain't your mama's Bible study. Yvonne infuses wit and heart in sharing pointers like why the way up is sometimes down, and how fear is synonymous to food poisoning. Her joyful, confident approach to God will inspire everyone to catapult themselves out of the mundane and into the magnificent. With bold authenticity and practical relatability, Orji is exactly the kind of cultural leader we need in these chaotic times. And her journey through being Bamboozled by Jesus paints a powerful picture of what it means to say "yes" to a life you never could've imagined--if it wasn't your own.

Yvonne Orji is an Emmy-nominated Nigerian-American actress, writer and comedian. A failed doctor (blame organic chemistry), Yvonne took to comedy after needing a talent for a beauty pageant. Now, she entertains international audiences, as can be seen in her one-hour HBO comedy special, Momma, I Made It! A sought after speaker, she's given the opening keynote at the Forbes' Under 30 Summit, and her TEDx talk, "The Wait Is Sexy," has garnered over a million views. Her breakout TV role was playing Molly on HBO's hit show Insecure. She currently resides in Los Angeles. Connect with Yvonne on Twitter and Instagram: @YvonneOrji.