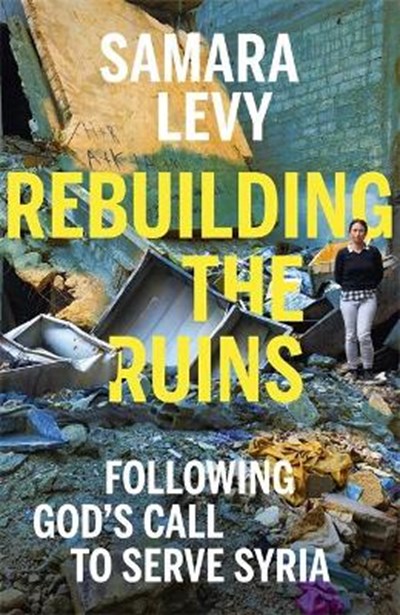 eBook FAQ
Add to Basket
Publisher: Hodder & Stoughton
ISBN: 9781529390773
Number of Pages: 240
Published: 25/07/2019
Width: 17.2 cm
Height: 23.9 cm
Description Author Information Reviews
In 2014 God called Samara Levy three times over 8 months to "start collecting" aid to send to Syria. Samara was a stay at home mum with two young boys with no experience whatsoever. It started with a vision to fill one lorry of aid, but four years later she has just loaded her 101st container, has sent 11 ambulances to Syria, set up a charity and distributed aid to more than 350,000 people in the Middle East. Since starting this work, Samara has also visited Syria, one of the most dangerous war zones of our generation, which has the highest number of kidnappings and killings of humanitarian workers in the world and in 2016, 2/3rds of the world's attacks on healthcare took place in Syria. A mother's calling tells the story not only of how this work developed from nothing, but also of Samara's own internal journey: what she has learnt about stepping out in faith and listening to God, and of how he uses the ordinary to achieve the extraordinary. Part testimony and part sharing, this book will inspire all who see the daily headlines about the situation in Syria and wonder what possible difference they can make. It is a story of hope, and of how in our weakness and inability God does the miraculous with whatever we can offer.

Samara Levy is Founder and CEO of Samara's Aid Appeal which provides medical and humanitarian aid in Syria and the Middle East. She has empowered the Church across the UK to respond to the crisis in the Middle East and has helped thousands of displced people who have fled war and terrorism. Samara lives with her husband and two children in the UK.