A Lawyer's Stories of Murder, Guilt and Innocence 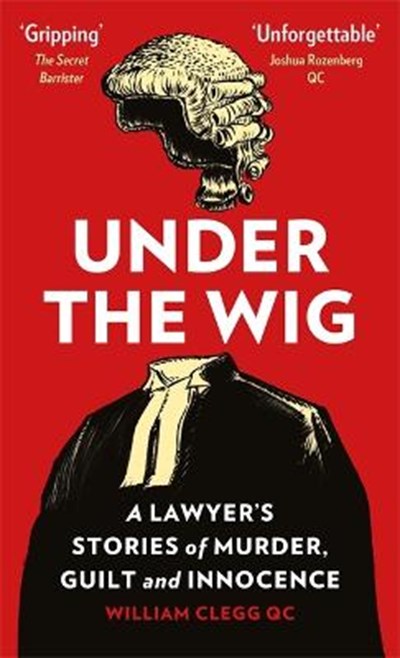 A Lawyer's Stories of Murder, Guilt and Innocence

QTY
Add to Basket
Publisher: Quercus Publishing
ISBN: 9781529401240
Number of Pages: 288
Published: 02/05/2019
Width: 12.8 cm
Height: 19.6 cm
Description Author Information Reviews
'This is a gripping memoir from one of our country's greatest jury advocates, offering a fascinating, no-holds-barred tour behind the scenes of some of the most famous criminal cases of modern times' The Secret Barrister 'Gripping' - The Times 'Mixes the excitement of the courtroom and some practical tips on the advocacy with the more mundane life of the working lawyer' - Sunday Times 'Between such serious case studies, his jovial memoir reflects on the challenges and satisfactions of life as a barrister.' - Daily Mail ___________ How can you speak up for someone accused of a savage murder? Or sway a jury? Or get a judge to drop a case? In this memoir, murder case lawyer William Clegg revisits his most intriguing trials, from the acquittal of Colin Stagg to the shooting of Jill Dando, to the man given life because of an earprint. All the while he lays bare the secrets of his profession, from the rivalry among barristers to the nervous moments before a verdict comes back, and how our right to a fair trial is now at risk. Under the Wig is for anyone who wants to know the reality of a murder trial. It has been praised as "gripping" by The Times, "riveting" by the Sunday Express and "fascinating" by the Secret Barrister, who described the author as "one of our country's greatest jury advocates." Several prominent barristers, including Matthew Scott and Bob Marshall-Andrews QC, have said Under the Wig is a "must read" for anyone with an interest in the criminal law. Switch off the TV dramas and see real criminal law in action. Well-known cases featured: The Murder of Rachel Nickell on Wimbledon Common The Chillenden Murders (Dr Lin and Megan Russell) The Trial of Private Lee Clegg The Murder of Jill Dando The first Nazi war crimes prosecution in the UK The Murder of Joanna Yeates The Rebekah Brooks Phone Hacking Trial

William Clegg QC is a lawyer in England specialising in serious crime. He is head of chambers at 2 Bedford Row and has fought more than 100 murder cases - more than anyone else currently practising at the English Bar.