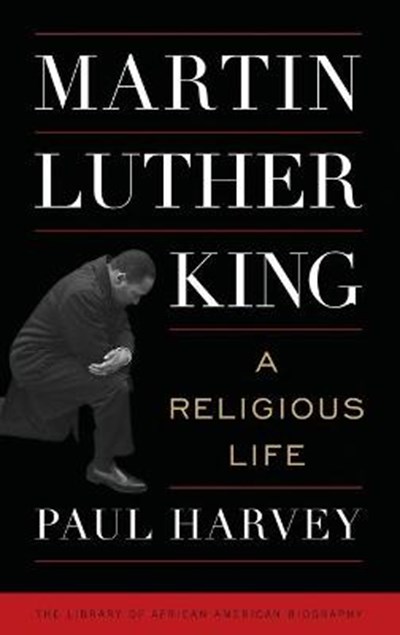 QTY
Add to Basket
Publisher: Rowman & Littlefield
ISBN: 9781538115923
Number of Pages: 224
Published: 01/11/2021
Width: 16.3 cm
Height: 23.7 cm
Description Author Information Reviews
In the first In the first biography of Martin Luther King to look at his life through the prism of his evolving faith, distinguished historian Paul Harvey examines Martin Luther King's life through his complex, emerging, religious lives. Harvey will introduce many readers, perhaps for the first or only time, to the King of diverse religious and intellectual influences, of an increasingly radical cast of thought, and of a melange of intellectual influences that he aligned in becoming the spokesperson for the most important social movement of twentieth-century American history. Not only does Harvey chronicle King's metamorphosis and its impact on American and African American life, but he seeks to explain his "afterlives"-how in American culture King became transformed into a mainstream civil saint, shorn of his radical religious critique of how power functioned in America. Harvey's concise biography will allow readers to see King anew in the context of his time and today.

Paul Harvey is distinguished professor of history and presidential teaching Scholar at the University of Colorado at Colorado Springs, and the author of numerous books in American religious history including, with Rowman & Littlefield, Through the Storm, Through the Night: A History of African American Christianity (CHOICE Outstanding), and Bounds of Their Habitation: Race and Religion in American History. He is the coauthor with Edward J. Blum of The Color of Christ: The Son of God and the Saga of Race in American History, named as one of the top 25 academic books of the year by CHOICE and as one of the Best 5 Books on Religion for 2012 by Publishers Weekly.