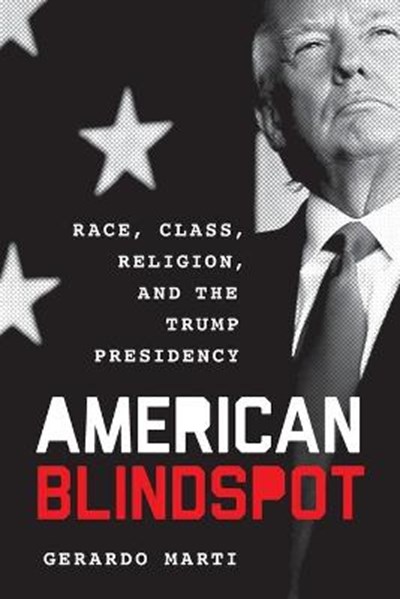 eBook FAQ
Add to Basket
Publisher: Rowman & Littlefield
ISBN: 9781538116098
Number of Pages: 332
Published: 10/01/2020
Width: 15.2 cm
Height: 22.9 cm
Description Author Information Reviews
American Blindspot: Race, Class, Religion, and the Trump Presidency is a careful exploration of the forces that led to the election of the 45th president of the United States. Gerardo Marti synthesizes the latest scholarship and historical research to examine the roles race, class, and religion have played in politics-both historically and today. The book goes beyond the initial claims that the American working class was the force behind Trump's election or policies and instead offers a nuanced perspective of how race, religion, and class together have shaped our national views, Trump's election, and his policies.

Gerardo Marti is L. Richardson King professor of sociology and chair of the department at Davidson College, where he also teaches in the department of Africana Studies. He is the author of several books, including Latino Protestants in America, and is Editor-in-Chief of the journal Sociology of Religion.