Historical Dictionary of the Latter-day Saints 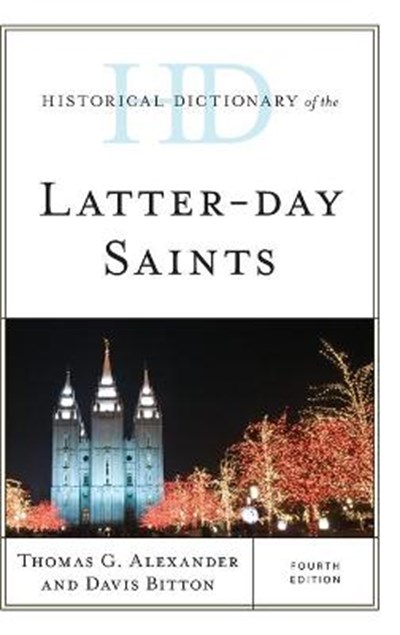 Historical Dictionary of the Latter-day Saints

eBook FAQ
Add to Basket
Publisher: Rowman & Littlefield
ISBN: 9781538120712
Number of Pages: 386
Published: 08/12/2019
Width: 15.8 cm
Height: 23.8 cm
Description Author Information Reviews
The Church of Jesus Christ of Latter-day Saints is a Christian church that was organized by six men in western New York in 1830 under the leadership of Joseph Smith, the church has grown to more than 16 million members today. A restoration of the primitive church organized by Jesus Christ in the first century C. E., the church's membership was originally all Americans. The church is now, however, a worldwide church with more members who live outside the United States than inside. The fourth edition of Historical Dictionary of the Latter-day Saints contains a chronology, an introduction, and an extensive bibliography. The dictionary section has over 400 cross-referenced entries on the important people, ideas, doctrine, and events during the hundred-ninety year history of The Church of Jesus Christ of Latter-day Saints. This book is an excellent resource for students, researchers, and anyone wanting to know more about The Church of Jesus Christ of Latter-day Saints.

Thomas G. Alexander is the Lemuel Hardison Redd, Jr. Professor emeritus of Western American History at Brigham Young University. He has taught Utah, Western, and American Environmental History and has published widely in the history of the American West, Utah, and Latter-day Saint History. He has served as president of a number of national historical associations, and has won a number of prizes for his historical writing. Davis Bitton (deceased) was Professor Emeritus of History, University of Utah.