Bible in American Law and Politics 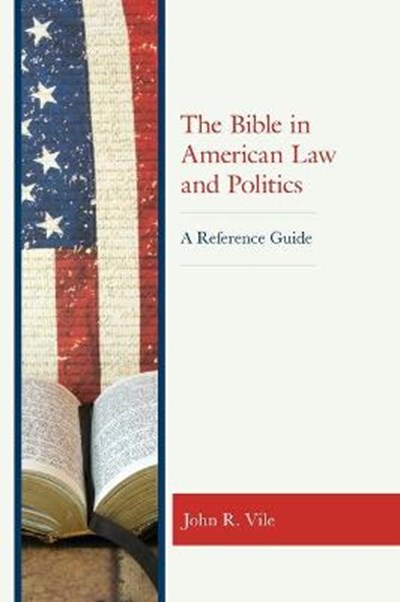 Bible in American Law and Politics

eBook FAQ
Add to Basket
Publisher: Rowman & Littlefield
ISBN: 9781538141663
Number of Pages: 678
Published: 19/09/2020
Width: 18.4 cm
Height: 25.4 cm
Description Author Information Reviews
While scholars increasingly recognize the importance of religion throughout American history, The Bible in American Law and Politics is the first reference book to focus on the key role that the Bible has played in American public life. In considering revolting from Great Britain, Americans contemplated whether this was consistent with scripture. Americans subsequently sought to apply Biblical passages to such issues as slavery, women's rights, national alcoholic prohibition, issues of war and peace, and the like. American presidents continue to take their oath on the Bible. Some of America's greatest speeches, for example, Lincoln's Second Inaugural and William Jennings Bryan's Cross of Gold speech, have been grounded on Biblical texts or analogies. Today, Americans continue to cite the Bible for positions as diverse as LGBTQ rights, abortion, immigration, welfare, health care, and other contemporary issues. By providing essays on key speeches, books, documents, legal decisions, and other writings throughout American history that have sought to buttress arguments through citations to Scriptures or to Biblical figures, John Vile provides an indispensable guide for scholars and students in religion, American history, law, and political science to understand how Americans throughout its history have interpreted and applied the Bible to legal and political issues.

John R. Vile (Ph.D. University of Virginia) is a Professor of Political Science and Dean of the University Honors College at Middle Tennessee State University. He is the author and editor of numerous other works on constitutional law and U.S. history, and such basic American documents and symbols as the Declaration of Independence, the Constitutional Convention of 1787, the U.S. Constitution and Its Amendments, the American Flag, the Liberty Bell, and the National Anthem.