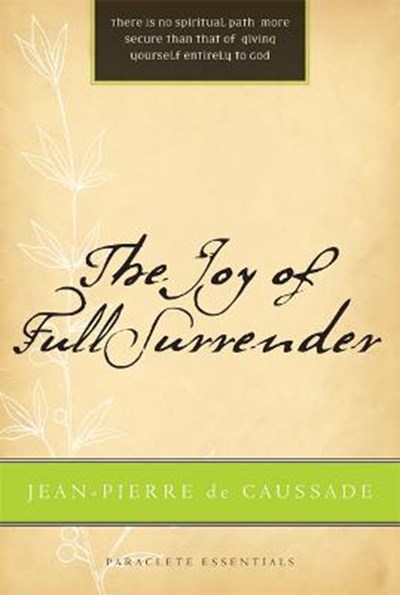 Join now Find out more
Publisher: Paraclete Press
ISBN: 9781557256096
Number of Pages: 153
Published: 01/10/2008
Width: 13.7 cm
Height: 20.3 cm
Description Author Information Reviews
"The will of God has nothing but sweetness, grace, and treasures for the surrendered soul" This inspirational classic was compiled more than a century after the death of its author, the French Jesuit, Jean-Pierre de Caussade. Gathered from the notes, discussions, and letters that he left behind, these reflections focus on accepting the will of God with an open heart, and learning to slow down and live life in the "sacrament of the present moment." "I count myself blessed that, at an important juncture in my life, a wise elder introduced me to the writings of Caussade. From them I gained not only the guidance I needed to traverse a difficult terrain, but also a permanent element in my outlook on life: an appreciation of the operation of God's providence and my need to be receptive of that providence despite the lack of full understanding and the pressure of contrary desires." -Michael Casey, O.C.S.O. from the Introduction

Brother Benet Tvedten entered Blue Cloud Abbey in Marvin, South Dakota in 1958. He has been his community's Director of Oblates for nearly thirty years, and held the position of Coordinator of the North American Association of Oblate Directors between 1995 and 1999. He is the author of A View from a Monastery and How to Be a Monastic and Not Leave Your Day Job.