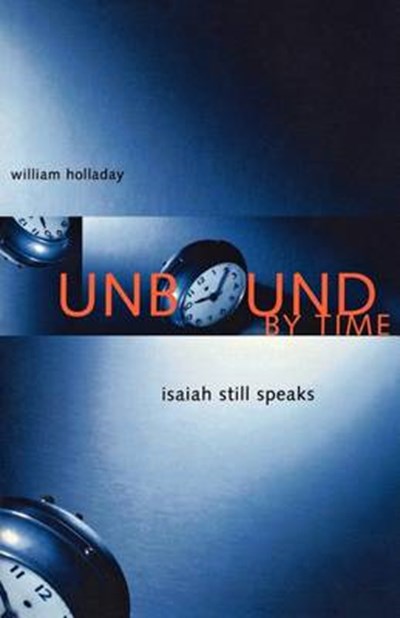 eBook FAQ
Add to Basket
Publisher: Rowman & Littlefield
ISBN: 9781561012046
Number of Pages: 188
Published: 25/08/2002
Width: 14.5 cm
Height: 21.5 cm
Description Author Information Reviews
In this timely and highly readable volume, Old Testament scholar William Holladay introduces the reader to the several ways in which Isaiah speaks, from ancient Jewish readings of the text, to Handel's lyrical use of it in his oratorio, Messiah, to the Christian community who has heard it foretelling the life and death of Jesus Christ. Holladay argues persuasively that the text of Isaiah, though rooted in historical time, place, circumstance, is unbound by time. Using those portions of the prophet's writings which are most often included in the various modern lectionaries of the churches, Holladay both provides detailed historical commentary and presents a method for allowing the text to still speak to believers in the twenty-first century.

WILLIAM HOLLADAY was for twenty-seven years the Lowry Professor of Old Testament at the Andover Newton Theological School; he taught for seven years at the Near East School of Theology in Beirut; and he served on the Old Testament Panel of the Committee for the translation of the New Revised Standard Version of the Bible. He is the author of Isaiah and Jeremiah (both Pilgrim Press) and the two-volume Jeremiah commentary in the Hermeneia series.

... this work aims to assist those who meet Isaiah in the liturgy and lectionary to understand how best (or at least how well) to engage the Isaiah texts. Holladay maintains and demonstrates with clarity how the prophetic words are both timebound but also unbound from their original contexts by virtue of being canonical. Clearly stated and thoroughly credible is Holladay"s confidence that contemporary believers can readily and fruitfully cope with both aspects of prophetic speech. Catholic Studies This volume promises rich fare for Christian groups trying to understand better virtually any facet of how to read biblical and liturgical texts well... Catholic Studies