On Our Way Home

Courage and Faith for the Final Journey 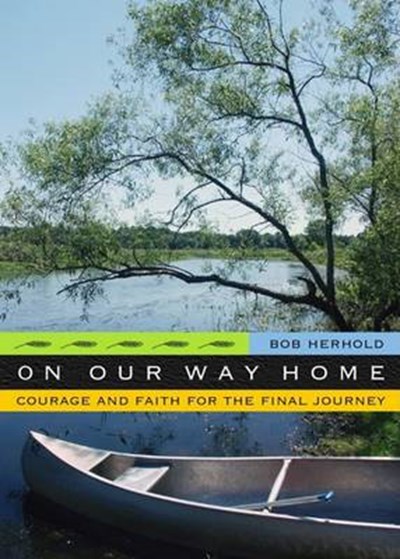 On Our Way Home

Courage and Faith for the Final Journey

QTY
Add to Basket
Publisher: Rowman & Littlefield
ISBN: 9781561012435
Number of Pages: 100
Published: 28/03/2006
Width: 13.1 cm
Height: 17.8 cm
Description Author Information Reviews
The author of this little book was a self-described "79-year-old geezer" who, like Paul Newman, wondered how he would "do the dying thing." After doctors have probed and prescribed and made us feel like volunteers for medical research, we often need to take a deep breath and make sense of things. In On Our Way Home Bob Herhold tells instructive, inspiring, and humorous stories of aging and loss, helping us to see that though life seems to be flying by, we can make every moment count by dancing lightly with God. Herhold's stories encourage us as we face life's most democratic event-death-by demonstrating that When we have fewer answers, we may have more faith We can learn to forgive others, ourselves, and-are you ready for this?-even God (for giving us the gift of so much freedom!) It is not how we keep the faith, but how the faith keeps us It is not necessary to distinguish daily prayer from daily existence Dying, though it is the last thing we do, teaches us so much about living We probably do not have enough faith to be an atheist Life offers hints that after we die, the dance still goes on In this collection of thoughtful and concise reflections, Pastor Bob Herhold considers the meaning and challenges of living life to the end. From fear of death to the delights of old age, Herhold challenges us to honestly face what each of our lives offer with the faith that death itself brings hope. With an eye that peers beyond the horizon and a steady belief in taking each step at a time, Bob Herhold walks with us into the future with kindness, assurance, and a wit to humble Death itself.

Bob Herhold was a clergyman, an award-winning journalist, author, and playwright. He was a Lutheran pastor who served churches in Minnesota, Pennsylvania, and California. An early advocate of racial integration, Herhold participated in the famed civil rights march in Selma, Alabama in 1965 and was known for his outspoken views on social justice. He was the father of four and the grandfather of ten. He lived in Palo Alto, California with Muriel, his wife of 57 years. Herhold died on April 18, 2006 at the age of 81, just weeks after the publication of his book On Our Way Home: Courage and Faith for the Final Journey.